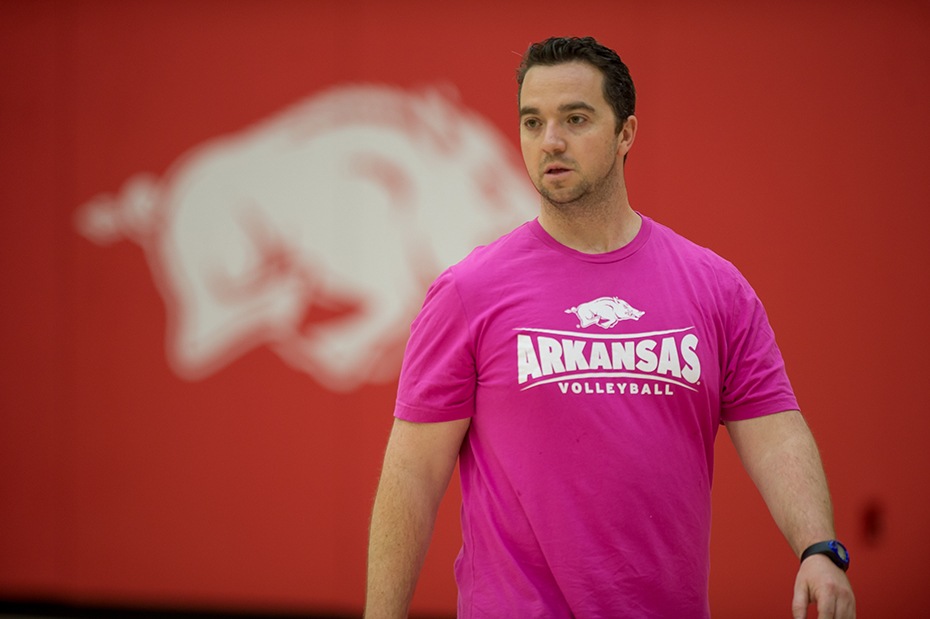 Associate head coach for the Razorbacks continues long history with USA Volleyball in newest role for the summer.  Current Photo via Arkansas Athletics

U.S. Women’s National Team head coach Karch Kiraly is hedging his bets, adding another collegiate coaching star to the national team ranks as a consulting assistant coach. Jon Newman-Gonchar, the associate head coach at the University of Arkansas, has a history with the United States High Performance teams. Most recently, he was on the coaching staff for the 2015 and 2016 Pan American Cup competition, helping the U.S. to gold and bronze respectively.

“Jon has a great eye for the game and its subtleties,” Kiraly said in USA Volleyball’s announcement. “He’s also a driven learner, which is great because we want – and we need – this program to be overflowing with learning and improvement. Jon has performed admirably in several USA assignments, including most recently at the 2016 Pan Am Cup. He’s worked with and learned under some great college coaches and programs, including with former USA assistant Tom Black while at Loyola Marymount, with Christy Johnson-Lynch at Iowa State, and now with Jason Watson at Arkansas. All of that has us pumped that we’ll get to have Jon coaching with USA in the summer.”

Newman-Gonchar has worked his way up the U.S. High Performance ranks, beginning with the USA Select A1 Girls program in 2007. In 2008 and 2009, he acted as training coach for the Junior National Team, helping prepare the squad for the NORCECA U20 Continental Championship and FIVB U20 World Championship.

“I’m honored and excited to be working alongside, and learning from, Karch, Tama Miyashiro, Erin Virtue and the rest of the U.S. Women’s National Team program,” Newman-Gonchar said. “Our staff is committed to working hard for this incredibly talented group of athletes. I look forward to the challenge of the start of the new quad as Team USA prepares for Tokyo 2020 qualification.”

He began his collegiate coaching career as a volunteer assistant at his alma mater, Northern Arizona. An assistant coaching position at Thompson River University with the men’s team and one with the Louisiana-Lafayette women followed.

He went on to be an assistant at UC San Diego, where his Tritons teams went 70-18 and made three appearances in the NCAA Division II tournament (2007-2009). The Claremont, California native also coached the UC San Diego men in 2009. In 2010, Newman-Gonchar garnered the AVCA’s Thirty Under 30 Award.

Newman-Gonchar played club volleyball at Northern Arizona, from which he earned his degree in 2005.

Newman-Gonchar’s addition follows that of Erin Virtue and Tama Miyashiro earlier this spring.