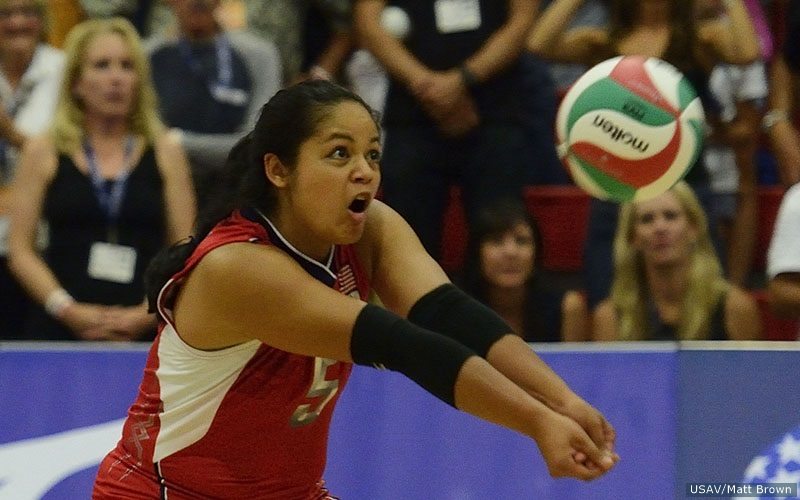 A 2012 Olympic Silver medalist, Miyashiro was with the U.S. squad from 2010 to 2016 as a libero before succumbing to a series of injuries. Miyashiro retired from competition last summer.

Head coach Karch Kiraly said in the press release announcing the hiring that it was more than Miyashiro’s skills on the court that made her a perfect addition to his staff.

“During Tama’s years as a Women’s National Team player, nobody involved with our program was more selfless, more supportive and loyal to those around her, more humble and more dedicated to learning than she has been,” Kiraly said. “Those qualities always made Tama a prime candidate for making a strong transition into coaching, so we’re thrilled to have her join our coaching staff.”

“I would like to thank Karch for giving me this opportunity to continue working with the Women’s National Team,” Miyashiro said. “It’s an honor to be able to represent USA as an athlete and now as a coach. I’m extremely grateful for the relationships and experiences I’ve had over the years and am excited I get to continue being part of this USA Volleyball family. I’m looking forward to growing as a coach and as a team as we push towards Tokyo.”

Miyashiro was a three-time AVCA All-American at the University of Washington, garnering second team honors in 2008 and 2009 and third team accolades in 2007. She graduated as the Huskies’ all-time leader in digs (2,382) and digs per set (5.36).

After her retirement from Team USA, Miyashiro joined the coaching ranks as a volunteer assistant at Arizona State and also as a coach with the Peak Volleyball Academy in Harbor City, California.