Austin Matautia is Transferring to UCLA from Hawaii 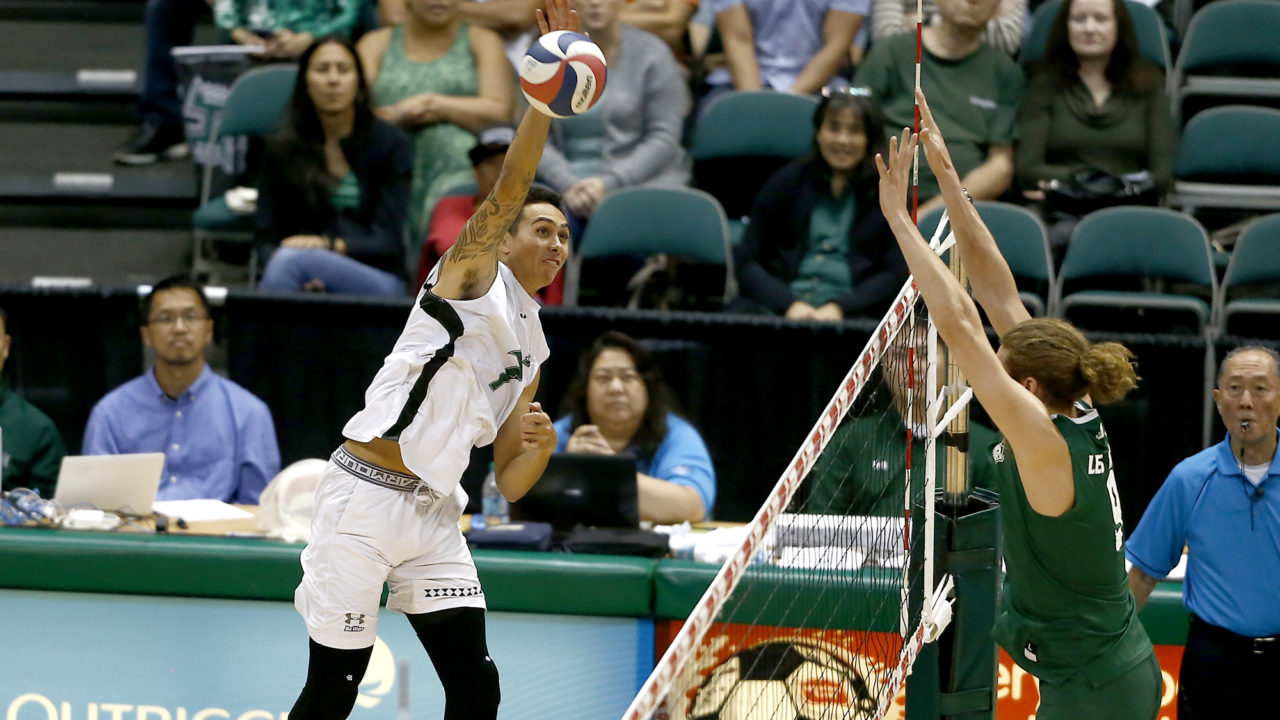 After completing his first two seasons at the University of Hawaii, 6’2″ outside hitter, Austin Matautia, will be transferring to UCLA. Matautia, a native of Hawaii, told Rob DeMello of KHON in Honolulu that the opportunity for personal growth was one of the factors that led him to decide on leaving Oahu.

“Growing up here all my life, you get used to living in Hawai’i and the relaxed lifestyle,” Matautia told DeMello. “I think I need to be uncomfortable now. In order to grow, I think that’s what’s best for me as a player and as a person.”

His Hawai’i Rainbow Warrior team finished the Big West Conference in 2nd place in its inaugural season with a 6-4 record. They also reached the finals of the conference tournament, losing to Long Beach State. They were the only team to defeat Long Beach State this season.

The UCLA Bruins finished 2nd in the Mountain Pacific Sports Federation this season at 9-3. They reached the finals of the conference tournament and lost to BYU. They beat BYU in the semifinals of the NCAA Championships to reach the final against Long Beach State. UCLA lost in the finals in 5 sets.

Matautia grew up in ‘Ewa Beach and went to Moanalua High School, reaching the state semifinals three times and making the finals his senior season. When he graduated in 2016 he was a four-time All-State selection by the Honolulu Star Advertiser and on the Volleyball Magazine Fab 50 list.  Matautia was on the USA Junior National Team which won the NORCECA U21 title in 2016 and competed in the FIVB U21 World Championships in 2017.

Doesn’t he have to wait out a year before he can play per the NCAA rules?

Tall Dad – the new NCAA rules no longer require athletes to sit out a
year after transfer. While some conferences may still have rules for
intra-conference transfers, Hawaii and UCLA are no longer in the same
conference, so those wouldn’t apply either.