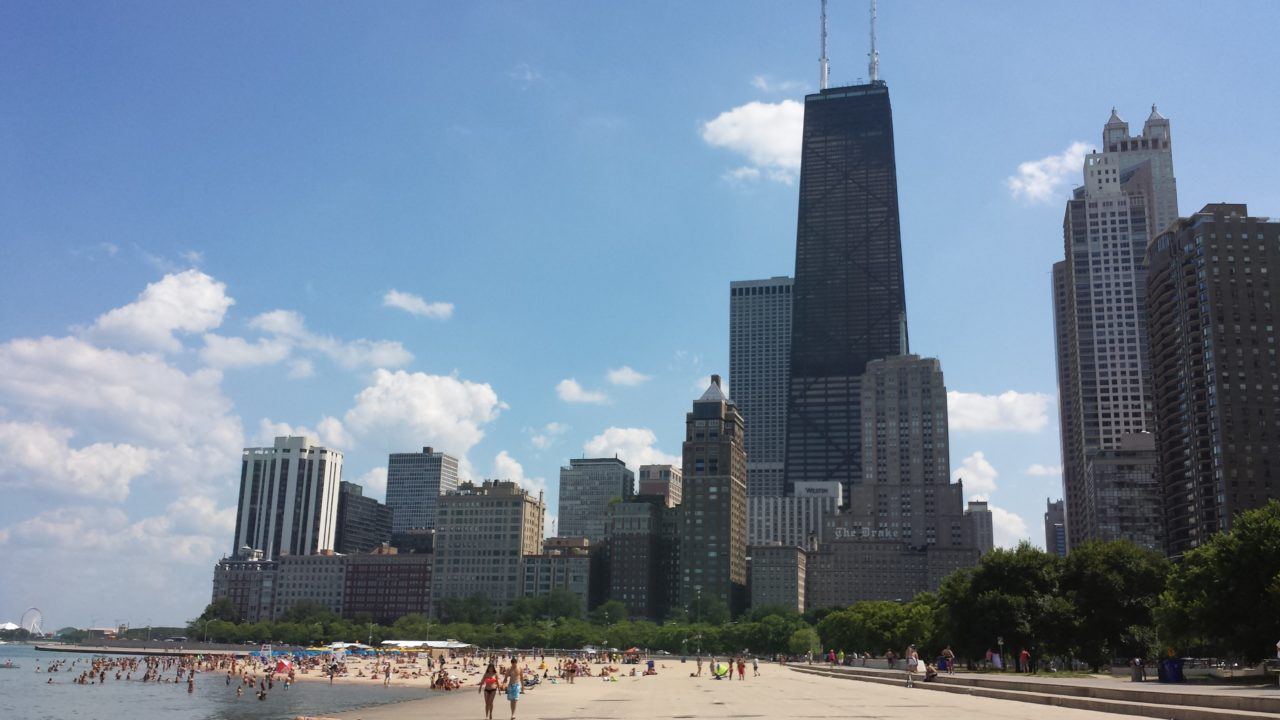 Chicago's Oak Street Beach, in the shadow of one of the world's most beautiful skylines, played host to the AVP Tour's Beach Championships last weekend. (Image courtesy: Steven Kevil)

Brothers Trevor and Taylor Crabb were knocked out of the final bracket by the champions. Dalhausser/Lucena defeated the second-seed team 27-29, 21-13, 15-10.

The winning pair competed hard throughout the summer, taking another first place title at the New York City Open after earning third place twice at both the Manhattan Beach Open and the Cincinnati Open. The victory earned the champion pair a $20,000 cash prize out of a $200,000 prize pool.

Although they were only ranked in the 4th seed at the beginning of the tournament, they finished off Betsi Flint and Kelley Larsen (9th ranked seed) 14-21, 21-10, 19-17 in the finals match.

After losing in the Winner bracket to Jace Pardon and Brittany Tiegs in the second round, they won the next six matches to take the tour points.

In the other tour stops this summer, Fendrick/Sweat took fifth place in the Cincinati Open in May, and tied for third place with DiCello/VanZwieten at the Manhattan Beach tournament.

Like the men’s winners, Sweat and Fendrick took home $20,000 for their victory, while runners-up Betsi Flint and Kelley Larsen will share $15,000 for their improbable 9th-seed run to the final.