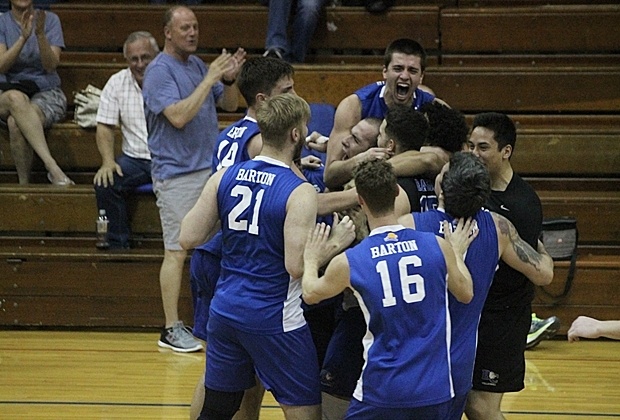 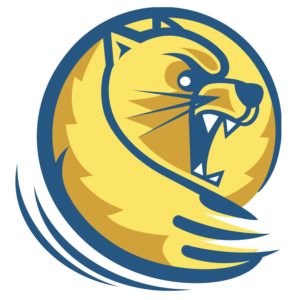 After an emotional win on Friday against Mount Olive, the Conference Carolinas leaders King fell 3-2 to Barton College on Saturday. With the win, Barton moves into sole possession of first place in the conference with 1 more win, and the same number of losses, as King.

The two sides traded sets throughout the evening, but Barton won the first, and therefore the last, to take the game.

Barton had a huge advantage at the net, recording 18.5 blocks to just 7 for King. That inlcluded 9 from sophomore Justice Lord, who also had 8 kills and hit .500. Federico Pagliara had 7 blocks and Nick Leary did as well.

Speaking to the importance of the game, both teams played just 7 players for the entire game – which is the minimum for a team using a libero. That means that the starters went the duration, and the teams lived and died by their success.

The BC defense held King to its third lowest hitting percentage of the season at .126 thanks in large part to 18.5 total blocks, including nine from sophomore Justice Lord and seven apiece from fellow sophomore Nick Leary and senior Federico Pagliara. Senior libero Jonathan Novoa-Miralles did his part on defense, contributing a career-high 21 digs.

In contrast, the Bulldogs hit .287 on offense and were led by sophomore Aleksa Brkovic who had 16 kills with a .389 hitting percentage to go along with eight digs. Freshman Angelos Mandilaris chipped in 11 kills and eight digs of his own, while sophomore Vasilis Mandilaris finished with 10 kills.

Leary’s block total came alongside nine kills and a .471 hitting percentage, as Lord totaled eight kills with a .500 hitting mark. Pagliara led all players with 50 assists and recorded six digs on defense.

The Tornado were in control early in the first set of action, opening the game with four unanswered points and extended their lead to a 9-5 margin on back-to-back kills from Jeff Sprayberry.

Barton continued to cut into the deficit and eventually ties the match at 11-11 before taking the lead on a service ace from V. Mandilaris. The score was tied four more times down the stretch, but a 4-1 run to close out the set gave BC the five-point win.

In the second set, Barton led 14-9 midway through the frame but the Tornado responded to a timeout with a 16-3 run to even the match at one set apiece.

After being down by as many as six points in the third set, the Royal Blue and White went on an 11-4 run and took the lead on a Sprayberry attack error. Barton held on to the lead and ended the set on a kills form A. Mandilaris.

However, King fought back to take the fourth set by a two-point margin to force a deciding fifth set.

The two sides traded points in the early going of the fifth set, but with the score tied a 6-all A. Mandilaris took over. The first-year player from Chalkida, Greece had a kill and two service aces to lead Barton on a 5-0 run that put the Bulldogs in front for good. Brkovic ended the match with a kill to seal the victory for the home team.

Barton takes to the road for its next match, a non-conference contest against Coker College on Thursday, April 4 in Hartsville, S.C.

WILSON, N.C. – Following a big road win on Friday night, the King University men’s volleyball team couldn’t come back for the second straight day, falling at Barton College on Saturday afternoon. The Tornado forced a fifth set, but the Bulldogs took the frame 15-9, to win the match 3-2 and create a tie atop the Conference Carolinas standings.