Baylor outside hitter Katie Staiger led the league with 5.29 kills per set on opening weekend en route to Big 12 Offensive Player of the Week accolades. The redshirt senior chalked up 20kills and eight digs in a four-set win over Texas Tech and a 17-kill, 10 digs double-double with a .412 hitting effort in a sweep of TCU. The award is the ninth of the Plano, Texas, native’s career.

Texas middle blocker Morgan Johnson was dubbed Defensive Player of the Week after averaging 2.00 blocks per set in the Longhorns’ wins over UTSA and West Virginia. The junior tallied six blocks, a dig and a kill against UTSA. The DeSoto, Texas, native followed that with 10 stuffs and five kills in a five-set win against West Virginia on Saturday.

Baylor setter Hannah Lockin garnered the conference’s Freshman of the Week nod after averaging 13.43 assists per set in the Bears’ wins over Texas Tech and Against TTU, Lockin dished out 54 assists and helped Baylor to a .353 team hitting effort, while adding six digs, two blocks, an ace and a perfect 4-for-4 hitting performance. Against TCU, the Des Moines, Iowa, native notched 40 assists, eight digs, a team-best four blocks and two kills, while setting the team to a .306 effort. 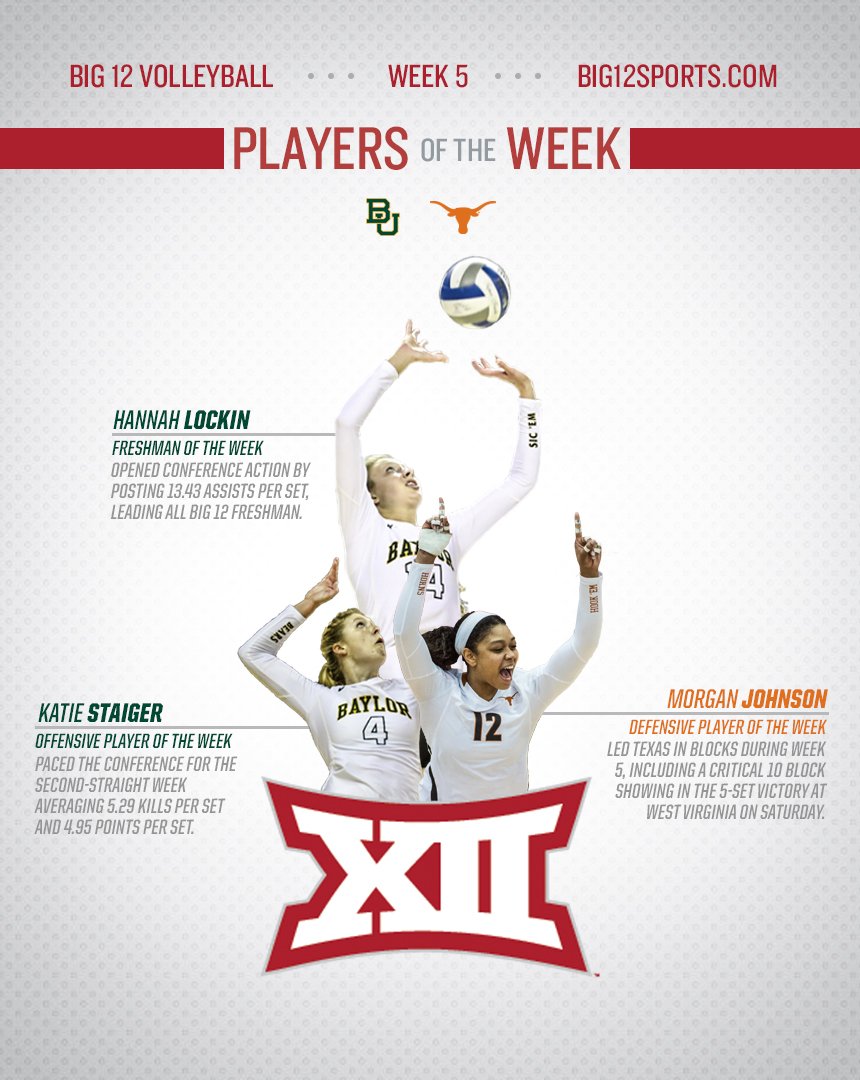