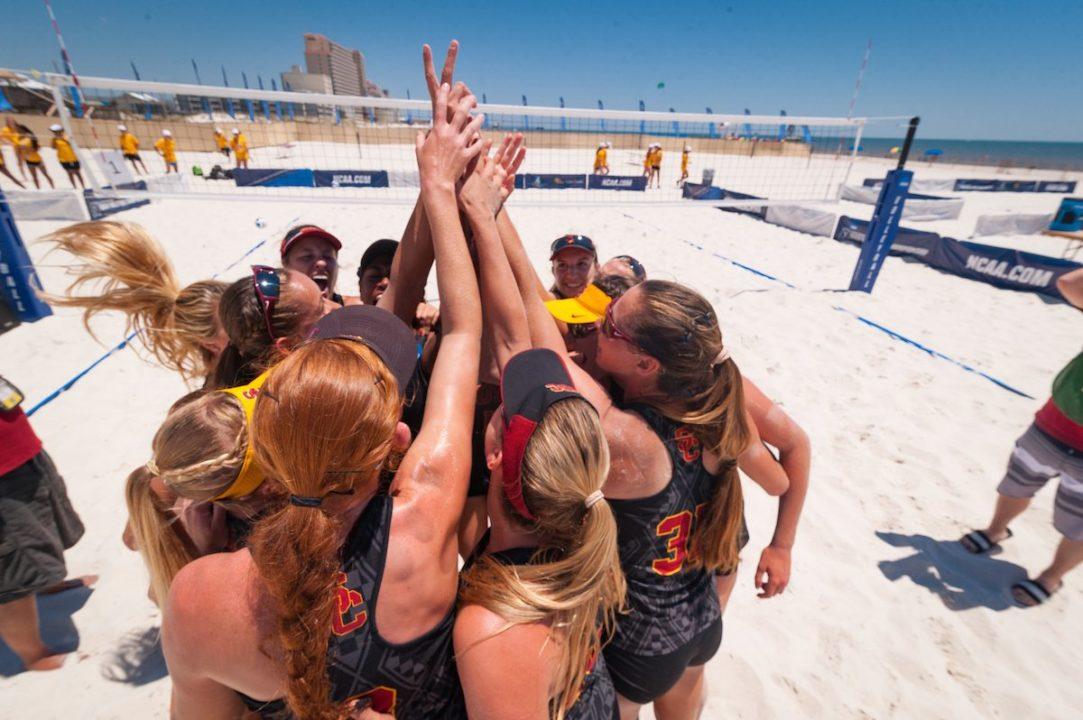 Women’s action continued at the USA Volleyball Collegiate Beach Championships in Hermosa Beach, California, with a pair of play-in matches and the Round of 16.

The first order of business was to decide the final two spots in the Round of 16. Lindsey Knudsen and Payton Rund (St. Mary’s), who took third in Pool A with a 1-2 mark, battled Washington’s Crissy Jones and Tia Scambray, who were third in Pool C at 1-2. Knudsen/Rund won the match 21-19, 21-19.

In the other play-in match, Florida State’s Victoria Paranagua and Vanessa Freire, which were third in Pool F at 1-2, defeated TCU’s Amy Neal and Jaelyn Greene, which posted a 1-2 mark in Pool B. Paranagua/Freire won the match 21-12, 22-20.

Knudsen/Rund carried the momentum into the Round of 16, where they defeated Pepperdine’s Anika Wilson and Deahna Kraft in three sets to move on to the quarterfinals. Meanwhile, Paranagua/Freire had to take on top overall pair Kelly Claes and Sara Hughes from USC in the Round of 16, falling 21-12, 21-16. Claes/Hughes won all three of their Pool A matches to earn the No. 1 spot coming out of the group.

Sponcil/Slattery (2-1) and Ross/Rohan (2-1) were second seeds coming out of Pool B and Pool E respectively. Knudsen/Rund (1-2) was the third team to advance from Pool A, while Cannon/Martin (2-1) were the third team out of Pool D. All three Pool D teams which made the Round of 16 went 2-1 in pool play and seedings were decided by points ratio.