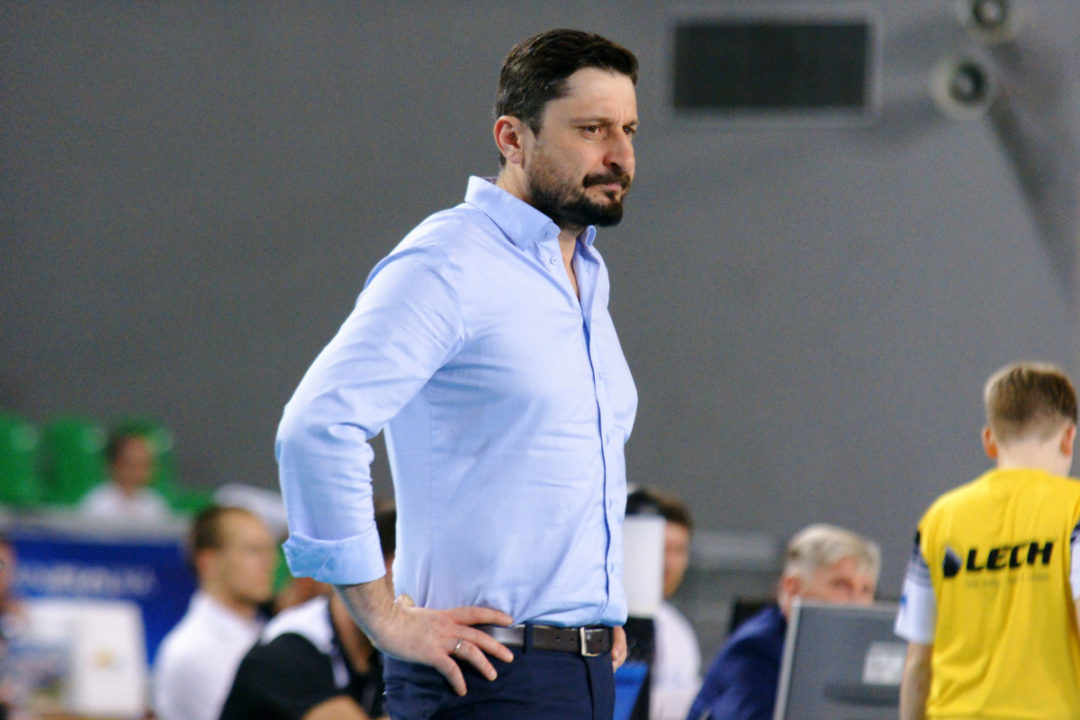 Luczniczka Bydgoszcz is a team on the edge Current Photo via PlusLiga.pl

Luczniczka Bydgoszcz is a team on the edge. With only two rounds left in PlusLiga, it is only two points away from the relegation zone. A win yesterday against Radom would’ve greatly helped the team in its fight against demotion so much, that coach Jakub Bednaruk even had his players train during the Easter holiday (Siatka.org):

“We trained every day, even on the holidays, because we do not want to neglect anything before this decisive match. The boys are well-disposed and I hope that they will show her in the match.”

It did not work, as the team lost its last home game of the season 3-0. Now coach Bednaruk knows that with only one match left, against 3rd seeded Gdansk, it will have to root against Bielsko-Biala, who trails Luczniczka by only two points, but which still has two games left to play in the competition, against 2nd seed Belchatow and 11th seed Zawiercie:

“After the last meeting in Lubin, we were charged, focused and fighting, but the first set immediately showed our nerves. We tried forgetting that this was a match for our lives, as to calm down, but it didn’t work, as we watched Radom play volleyball. I do not blame anyone for not fighting, but sometimes I was beating my head against the wall. It’s a pity for the second set, because we had a set ball, but at 26:26, Ananiew went down with a shoulder injury.

Before the match, I told the players in the changing room that everything was in our hands. We did not have to depend on other team’s results. Now, however, we will have to root against Bielsko. I pray. A bit of madness next game, and we can bring points from Gdansk. If I see that the band will drop their heads for a moment, I will be aggressive. However, the truth is that we now depend on other teams.

We have the last match ahead of us, and every time the ball is in play, it is always three points up for grabs. There is no need to hide that if it was difficult against Lubin, it will be even harder against Trefl Gdansk. However, we will not lower our heads, we will fight to the end with all our strength.”

It is safe to assume the match against Gdansk will be fruitless for Luczniczka. The same can be said for Bielsko-Biala’s match up against Belchatow. The fate-deciding game for both teams will be Biala’s battle against Zawierci, a more even match, where it wouldn’t be a surprise if Biala pulls off the upset and relegates Luczniczka.

“When It’s Time To Separate Boys From Men, We Become Boys” – Bednaruk
“I Could Write A Book About All Of Our Problems” – Jakub Bednaruk
The Ax That Hangs Over Us Is Close To Our Necks – Bydgoszcz’s Bednaruk