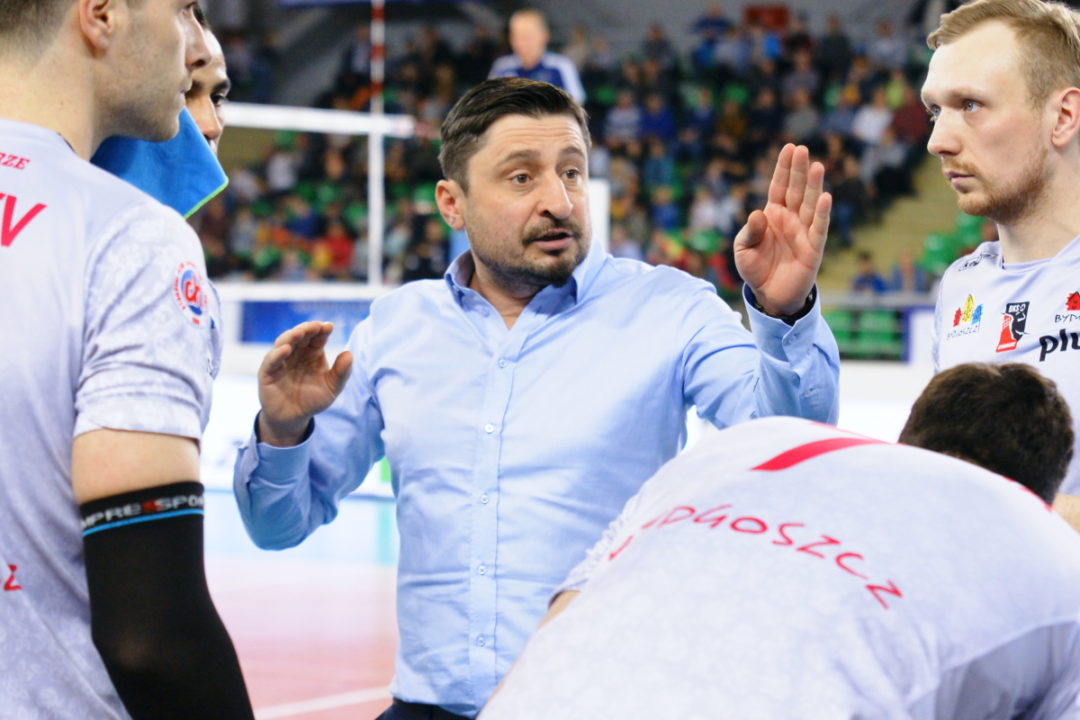 Whenever you have a energetic, vocal, former star player coach in a bad team, with 10x more twitter followers than the team itself, you have the best recipe for the craziest news headlines. Such is the case with Jakub Bednaruk and PlusLiga’s Bydgoszcz Łuczniczka.

The coach, who recently was quoted as saying that “he could write a book about all of his team’s problems,” and that “when it’s time to separate men from the boys,” his team “becomes boys”, just gave out a graphic description of a day’s work in the club, after it narrowly beat much better rivals Cuprum Lubin to temporarily escape PlusLiga’s relegation zone (Siatka.org):

“We do not hide that we live on the edge all the time. We know that the ax that hangs over us is closer and closer to our necks. We pushed it away a few centimeters, but this ax is still hanging over us. It was evident, however, that in this game we gave everything we could. The first four sets, we were always at an advantage, maybe sometimes lacking quality, but there was a lot of heart, a lot of fighting and it was visible. We are very happy about these two points. Although we were leading 2-0, it would be nice to have won three points, but one should humbly accept these two points and not linger.”

With two games left in its season, against 8th placed Radom and 3rd placed Gdansk, Bydgoszcz currently has a two points advantage over 15th placed Bielsko-Biała.