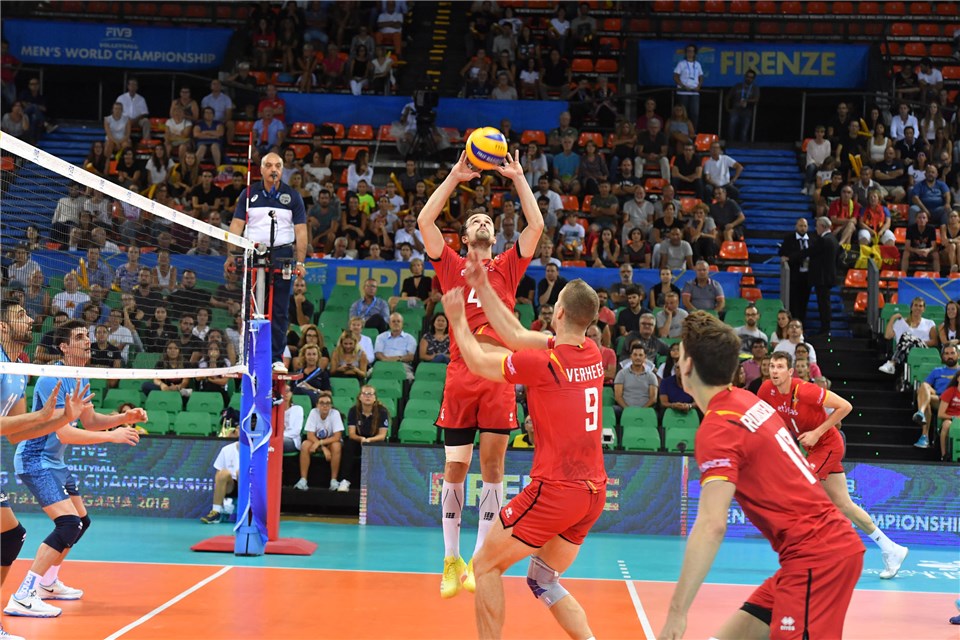 Stijn D’Hulst must have made a really good impression on the Italians in this year’s WCH. Not only did he play very well against the Italian team, he propelled the Belgian team do decent performances overall, as the Red Dragons finished Pool A behind only Italy and later missed out on a Final 6 berth behind only more experienced teams Canada, Serbia, and Russia. Stijn’s performance paid off, as he was recently announced by Italian club Lube Civitanova as the team’s newest roster addition. The 27-year-old 6’2″ setter is transferring out of Germany’s Duren to what will be his first season in Italy. He will be Bruninho’s main back-up.

Here are his first words as a new member of his new club:

“It’s the first time that I’ll play in the  Italian championship and I’m very excited about this opportunity. Ever since I was a very young volleyball player, aged 16-17, I was talking with my classmates about the dream of playing in Italy. Now I have this opportunity thanks to Cucine Lube Civitanova and this makes me very honored and grateful. I will do my best to help the club to achieve its goals, it has a great history and tradition and I can only be happy with this. I know many of my new teammates, after several challenges from opponents in their national teams and in clubs, but I will play for the first time with them.”

Stijn has had a very successful career in his home-country with Knack Roeselare. With the club, he was a 5x Belgian Champion. At his new club, he’ll join one of the premier clubs in the world and current Italian league runner-ups.