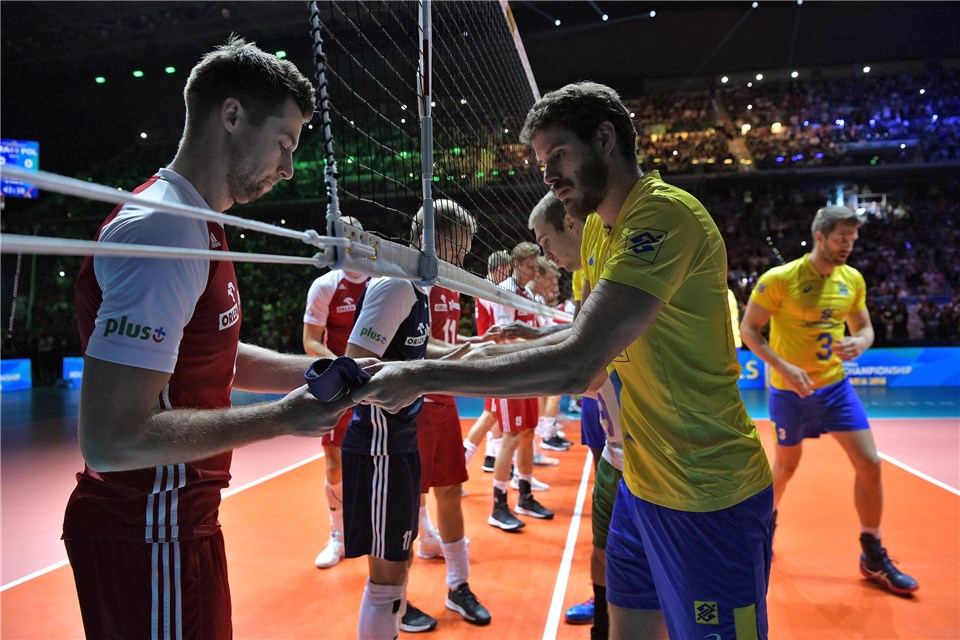 Bruno is getting the start at setter for Brazil in the finals. Current Photo via FIVB

While William Arjona was called upon for Brazil to make a comeback against Russia to open the Final Six, and was used in the semifinal against Serbia, Bruno has gotten the start at setter for Brazil in the final against Poland. This does not necessarily mean that William will not see the court. He was utilized as a substitute in all three sets of Brazil’s sweep over Serbia in the semifinal, but it shows Renan Dal Zotto values the experience of Bruno on this big international stage.

Once the question about Brazil’s setter was answered, the rest of both team’s lineups were exactly what was expected. Brazil will again be using a pair of liberos with Thiago Hoss and Maique Nascimento.