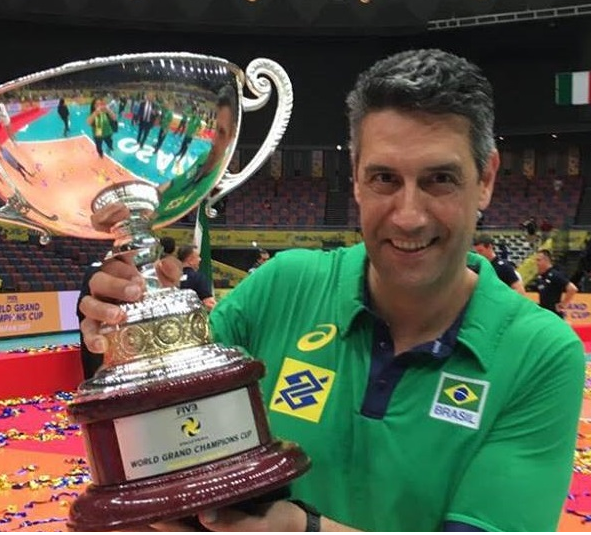 At Cuprum, Marcelo will find a squad that had a very tough 2017-18 season Current Photo via FIVB @ http://ks.cuprum.pl

PlusLiga’s Cuprum Lubin has announced in its official website that it has signed Brazilian coach Marcelo Fronckowiak to lead its squad in the 2018-19 season. The news came after Italian coach Daniele Capriotti announced that he would leave the team due to personal family reasons.

Marcelo, who is transferring out of Italy’s Vibo Valentia, is currently Brazil’s male national team first assistant head coach. He has a deep professional curriculum which includes many years in Europe as a head coach, most notably in France with Lille and Russia with Dynamo Krasnodar. However, he is best remembered for leading a Rio De Janeiro RJX team that had as its players Bruninho, Lucas Saatkamp, and Dante Amaral to the the 2012-13 Superliga title, which was the last time a team not named Sada/Cruzeiro won the tournament. He is also the first Brazilian to have ever win Superliga both as a player and a coach.

At Cuprum, Marcelo will find a squad that had a very tough 2017-18 season, after finishing it with a 15-15 record, good enough for 8th place, but narrowly missing out in the competition’s playoffs.