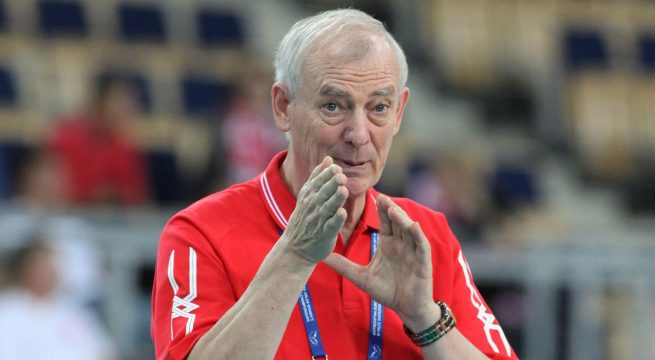 By the time we had published our EuroVolley power rankings earlier today, we had already hinted at press rumors that the Russian Volleyball Federation had fired coach Vladimir Kuzyutkin just hours before the start of the competition. Just moments ago, the federation’s official website confirmed the news.

It is an unexpected turn of events for the Russian team. When did we last see a coach being fired on the eve of competition in any major sport? Surely, this is not something that happens everyday.  Kuzyutkin’s squad did greatly underachieve under his command finishing this year’s Grand Prix in 9th place and the Grand Champions cup in fourth place out of six teams, but the coach had been at the helm of the team for only seven months. If Kuzyutkin did have some special recovering plans for EuroVolley, we’ll never know. His assistant, Konstantin Ushakov, was appointed head coach. Ushakov has enjoyed a successful career as national team assistant, as well as Dynamo Krasnoda’s head coach, one of Russian League’s premier teams.

Russia’s title defense just got much harder, as it will sure face chemistry and leadership problems with a last minute coaching change like this. In its first game of the competition, they needed five sets to beat Ukraine, which is only ranked 35th in FIVB’s senior rankings. Next, they will go against Turkey tomorrow and Bulgaria Sunday, much harder games.