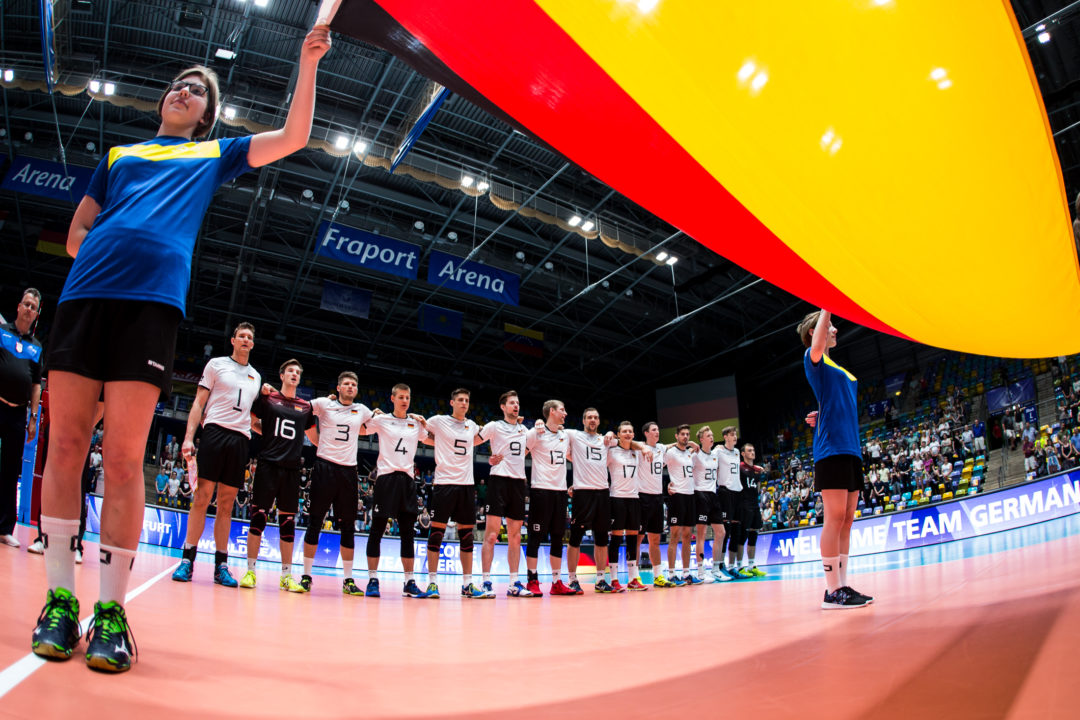 Germany has been on quite a roll at the 2017 European Championship. The team won their pool by beating Italy in five, then notched straight-set victories over the Czech Republic and Slovakia. By going undefeated and winning their pool, Germany advanced to a quarterfinal rematch against the Czech Republic and defeated them 3-1. Germany moves on to a semifinal match against Serbia on Saturday, September 2.

But Germany has been making its run without the services of the libero, Egor Bogachev, who tore a ligament in his ankle during training leading up to the European Championship. Bogachev was a member of Germany’s 2017 World League roster which placed 27th overall. He also plays professionally as an outside hitter for Berlin Recycling Volleys, and in the German League last season, he ranked 5th for top scorer during the regular season.

As a result of his injury, Bogachev has been forced to watch his team’s success in the European Championship from the sidelines. While his inability to be part of Germany’s run is frustrating, he hopes to be back in Berlin Recycling’s lineup for the Bundesliga Super Cup where his Berlin Recycling Volleys will play VfB Friedrichshafen at Hanoverian TUI Arena on October 8.