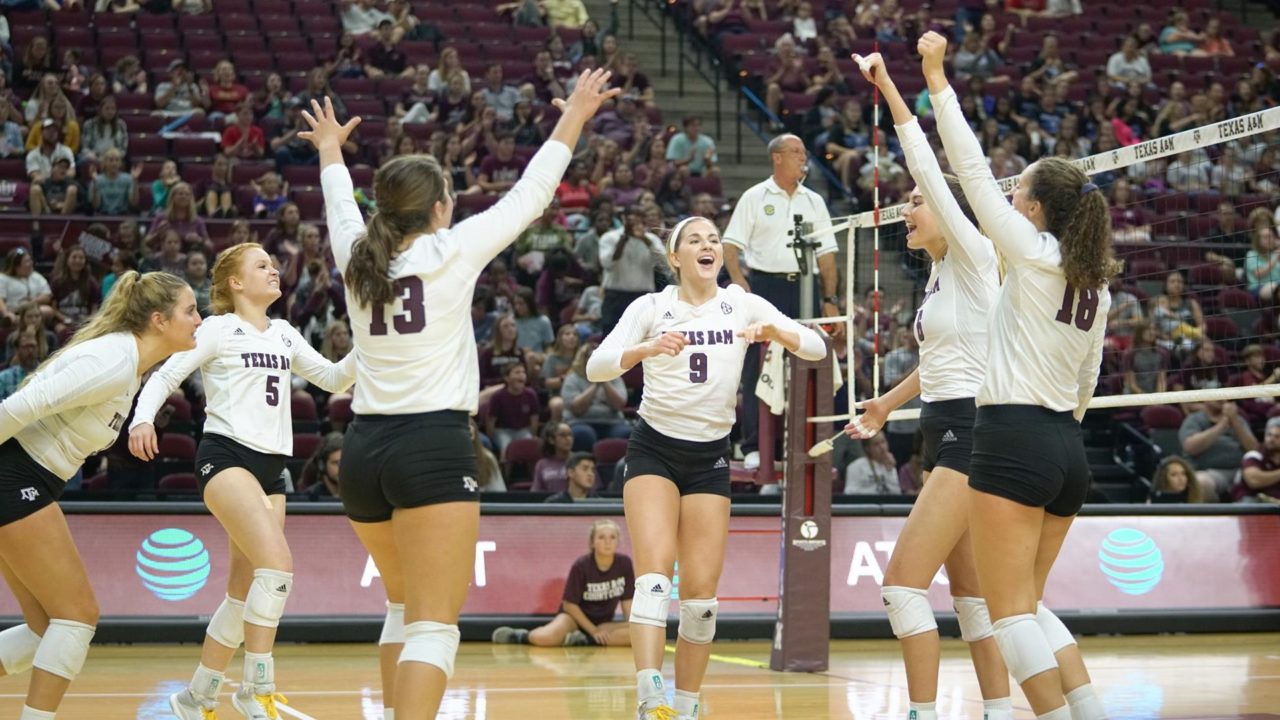 The eight aces were two more than the previous A&M record of six, which had been reached 12 times, last on Aug. 30, 2013 by Allie Sawatzky vs. South Dakota State.

The tally also set a Reed Arena record for aces, besting the previous mark of six. (Texas A&M moved to Reed Arena in 2009.)

"I had an aggressive mindset…going back there serving, not being scared and going all out for my teammates."

Right after Hollann breaks school record with 7 aces, she serves another to tie the score 19-19. Timeout Georgia. #OwnIt #GigEm pic.twitter.com/HWxGP57lRA

The eight ace tally doubled Hans’ previous career best of four, which she had achieved three times. The perfect serves nearly earned the junior a triple-double, going along with her match-high 20 kills and 15 digs. The outside hitter also added five assists and four blocks for good measure.

Next up, the Aggies hit the road for a 2 p.m. ET Sunday match against LSU in Baton Rouge.