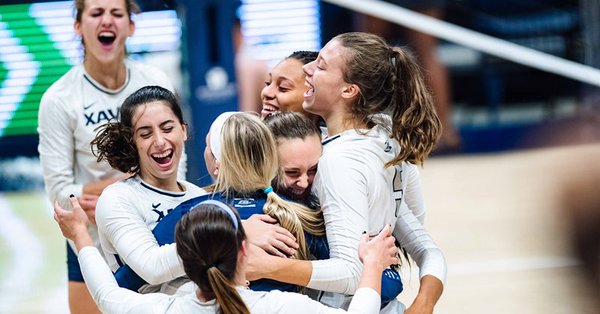 Creighton stayed perfect in Big East play with a  home sweep of Seton Hall, and Xavier pulled its record even at 3-3, surviving Villanova in five sets at home. St. John’s and Georgetown moved to 4-2 with road victories.

MATCH OF THE NIGHT

WATCH | Audrey Adams posts a kill on the final play of the match to cap the Musketeers come-from-behind victory over Villanova! #LetsGoX pic.twitter.com/bkXdZO0GXN