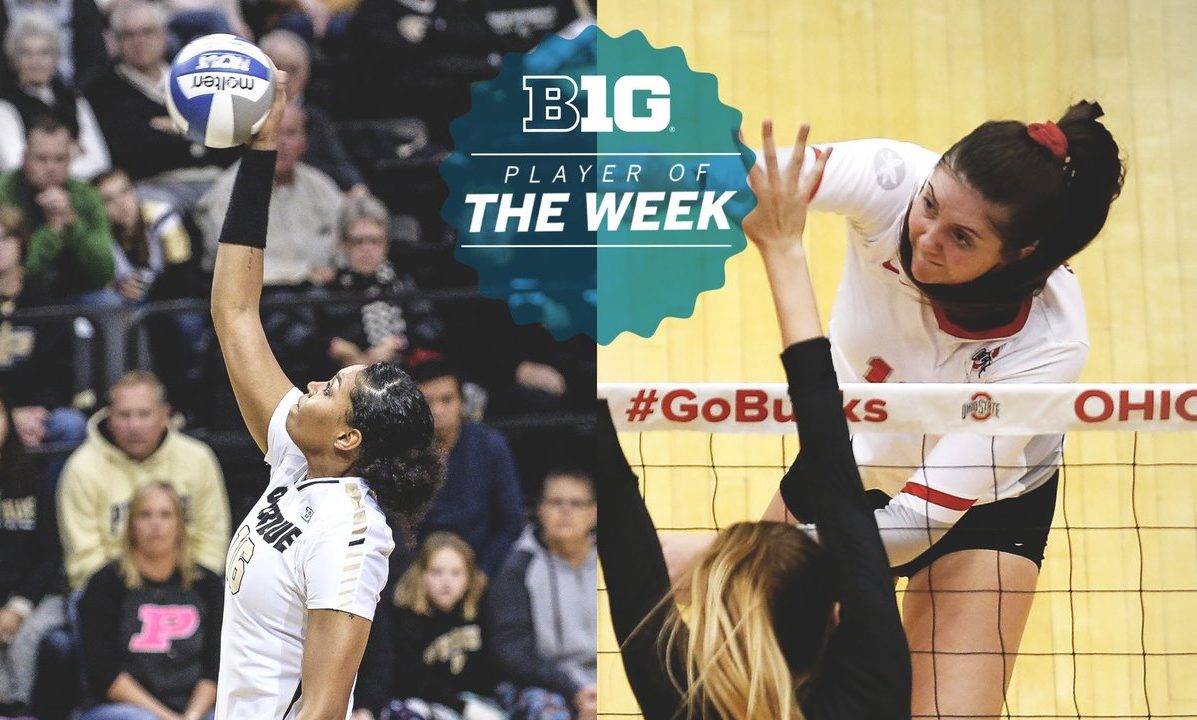 • Led Ohio State to a 3-0 opening weekend, marking a career-high 19 kills and five digs against Albany

• Registered a career-high .846 hitting percentage against Ohio with eleven kills

.@lauwit99 was killing it, literally. That's why she's the @bigten Co-Player of the Week! 👏👏👏#GoBucks pic.twitter.com/cSJ9xthzIS

• Posted match-high kills against Wofford and Tulsa with 17 and 18, respectively

• Averaged 5.1 kills with a .409 hitting percentage for the weekend

• Earns her second career Player of the Week award

• Averaged 8.67 digs per set helping Michigan to back-to-back sweeps to start the season

• Collects her third career Defensive Player of the Week accolade

• Posted consecutive assist-dig double-doubles, averaging 14.6 assists and 4.4 digs per set while guiding Michigan to back-to-back sweeps to start the year

• Piloted a Wolverines’ offense that hit .258 for the weekend

• Receives her first career Setter of the Week award

• Began her college career last weekend, helping the Wildcats to a 3-0 record by averaging 11.5 assists and 4.0 digs per set

• Picked up 49 assists in the season opener against South Dakota, the most helpers for a Wildcat in her debut since at least 1999

The only @B1GVolleyball setter with 3️⃣ double-doubles in the opening weekend.