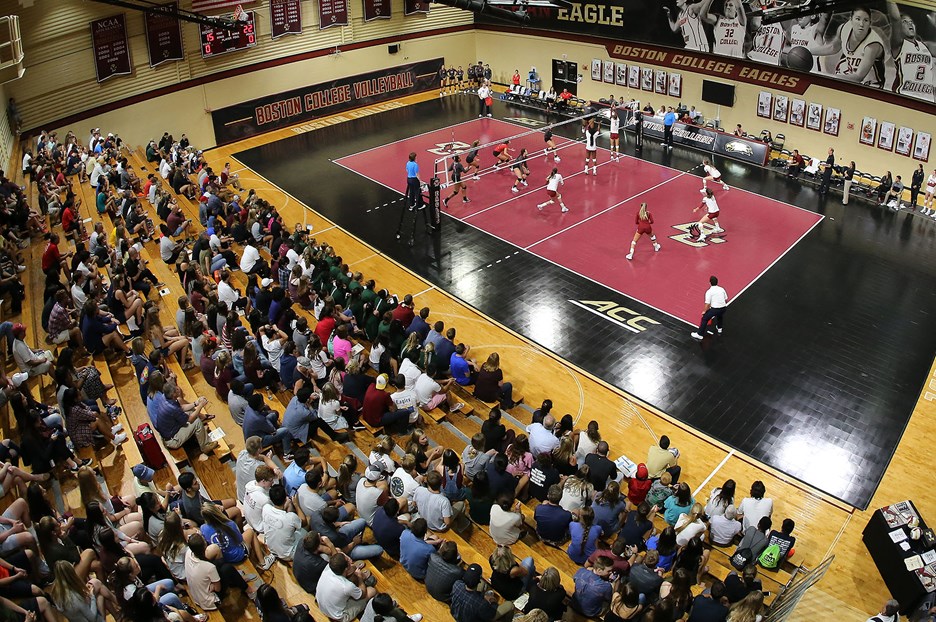 Chris Campbell has resigned as the head coach of Boston College volleyball after a 7-23 season, including 4-16 in the... Stock Photo via Boston College Athletics

Chris Campbell has resigned as the head coach of Boston College volleyball after a 7-23 season, including 4-16 in the ACC. Allison Keeley has been appointed the interim head coach while the school undergoes an “extensive national search” for a replacement.

“I would like to thank Boston College for the opportunity to be a member of such a special and unique community,” Campbell said. “I will always value the friendships and relationships that I made during my time on The Heights.”

“We appreciate Chris’ years of service in leading our volleyball program and wish him the best in his future endeavors,” said athletics director Martin Jarmond. “Our volleyball sport administrator Jamie Di Loreto will conduct an extensive national search to find a new head coach who can provide strong leadership and provide a world class experience for our student-athletes,” Jarmond said.

The team’s best season in the Campbell area was 2014, where the team finished 6-12 in ACC play. That year they finished 9th in the conference – their best finish under Campbell’s watch.

Boston College had just 2 seniors and 2 juniors on their team last season, meaning they’ll 12 of their 16 players are due to return (barring transfers). They return 2 of their 3 highest scorers from this season: Cat Balido and McKenna Goss, and their best blocker Amaka Chukwujekwu (.90 blocks/set).

Other Division 1 openings so far this offseason: