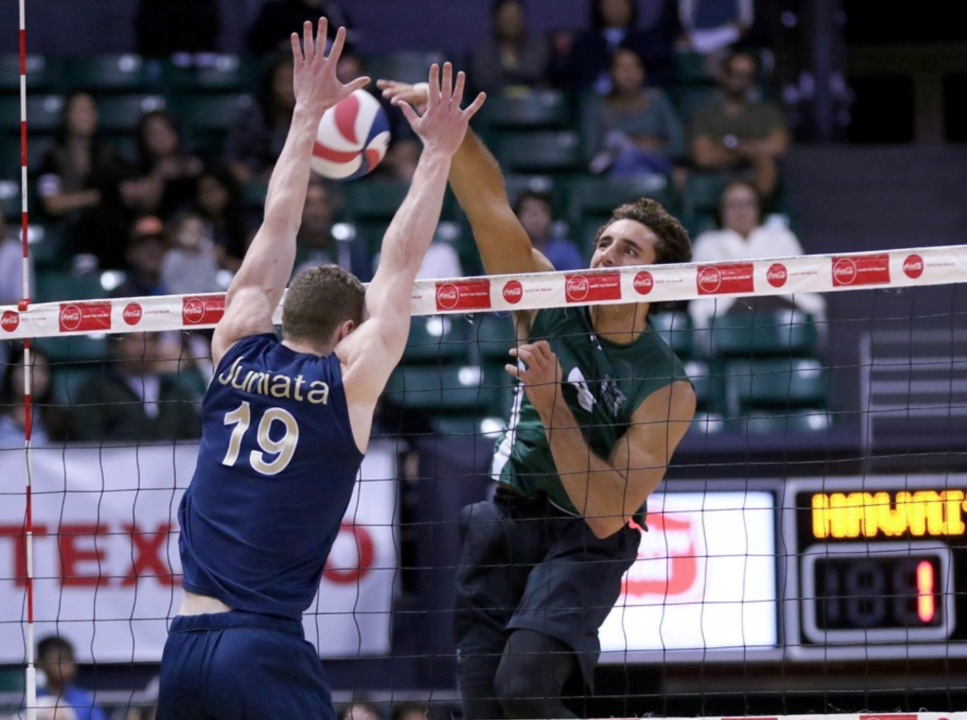 Brandon Rattray is transferring from Hawaii to UCLA. Current Photo via Hawaii Athletics

According to an article posted by Stephen Tsai of University of Hawaii athletics specialist site HawaiiWarriorWorld.com, Brandon Rattray is transferring to UCLA next season. The 6′ 5″ opposite has played two seasons for Hawaii after redshirting his first year on campus and will have two remaining seasons of eligibility for UCLA.

Last season he played back up to Rado Parapunov, seeing action in 12 matches. For the year he averaged 2.00 kills with a .356 hitting percentage, 0.80 digs, and 0.55 blocks per set. He also contributed 10 service aces.

Big West Championship tonight vs. Long Beach at 7 o’clock in the Pyramid. Come through 🙌🏽

Hawaii finished the season 19-8 and ended ranked second in the Big West conference and narrowly missed earning a bid to the NCAA tournament. Rattray will be joining a UCLA squad that finished with a record of 26-8 and made it to the National Championship match, eventually falling to Long Beach State. After losing four starters to graduation, UCLA will look to replenish its roster with players like Rattray and his fellow former Hawaii Warrior Austin Matautia.