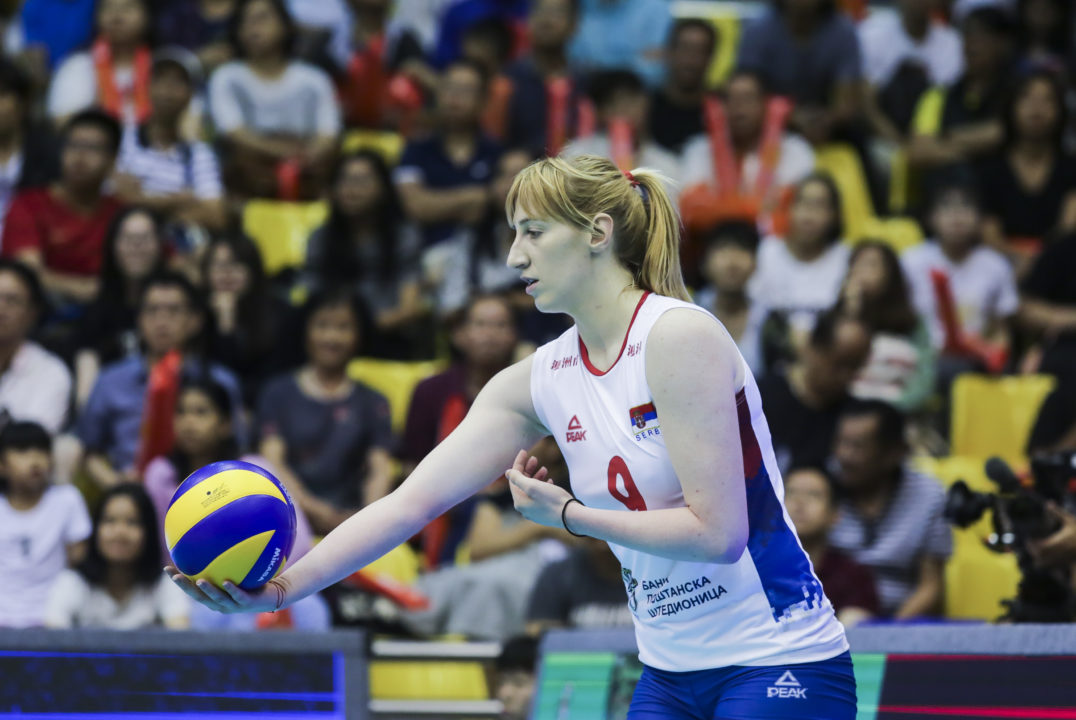 Serbian superstar Brankica Mihajlovic is expected, and expecting, to be available to play at the World Championships that begin in September... Current

Serbian superstar Brankica Mihajlovic is expected, and expecting, to be available to play at the World Championships that begin in September in Japan. The news comes after undergoing surgery in mid June to correct a microfracture in her left knee suffered during the Nations League tournament.

That would be well-ahead of the typical timeline for injuries like this, which Washington University Orthopedics typically puts at 6 to 9 months after surgery. A return in Japan would be less than 4 months after the initial injury.

Mihajlovic’s description of the interest at the time:

“There is a bone fragment in the lower part of my patella, in the bonding part of the bones and it must be removed. It is nothing terrible, but it has to be done. I feel it is growing and that bothers me. That’s why I decided to do it now and I immediately informed the selection committee.”

The 27-year old outside hitter racked up 130 points and was one of the leading scorers through 3 weeks of play before the injury,

“Now everything is great, compared to how it was before. I practice very well when it comes to physical training and the gym,” she said. “I have no difficulty, I am whole. I just want to play. All of this is difficult for me, but I am only trying to look at the positive side.”

She’s painting the break as a positive, after a more minor injury suffered at last year’s European Championships.

Also included in that preliminary roster is 34-year old star setter Maja Ognjenovic, who didn’t participate in the Nations League.

Serbia fell into a slump in week 4 of the Nations League without Mihaljovic, losing 2 of their 3 matches, before recovering in week 5 to win 9 of 10 sets played, including a 3-1 victory over eventual champions the United States. Serbia was then swept-out of the Final 6 round of play, losing 3-2 to Turkey and 3-0 to the U.S.: the two teams that would eventually stand on the top two steps of the podium.

Serbia’s women have medaled only once at the European Championships, in 2006 where they took bronze. In 2010 they placed 8th and in 2014 they placed 7th. They are the defending European Champions and Olympic silver medalists, though, so as Mihajlovic described it, while she is making no promises, she thinks that her team is one of the few with the serious talent to make a run for the podium in Japan.

The 2018 World Championships runs from September 29th-October 20th. Serbia will play in Pool D with Brazil, the Dominican Republic, Kazakhstan, Kenya, and Puerto Rico, with the top 4 of that group advancing to the next round of play.