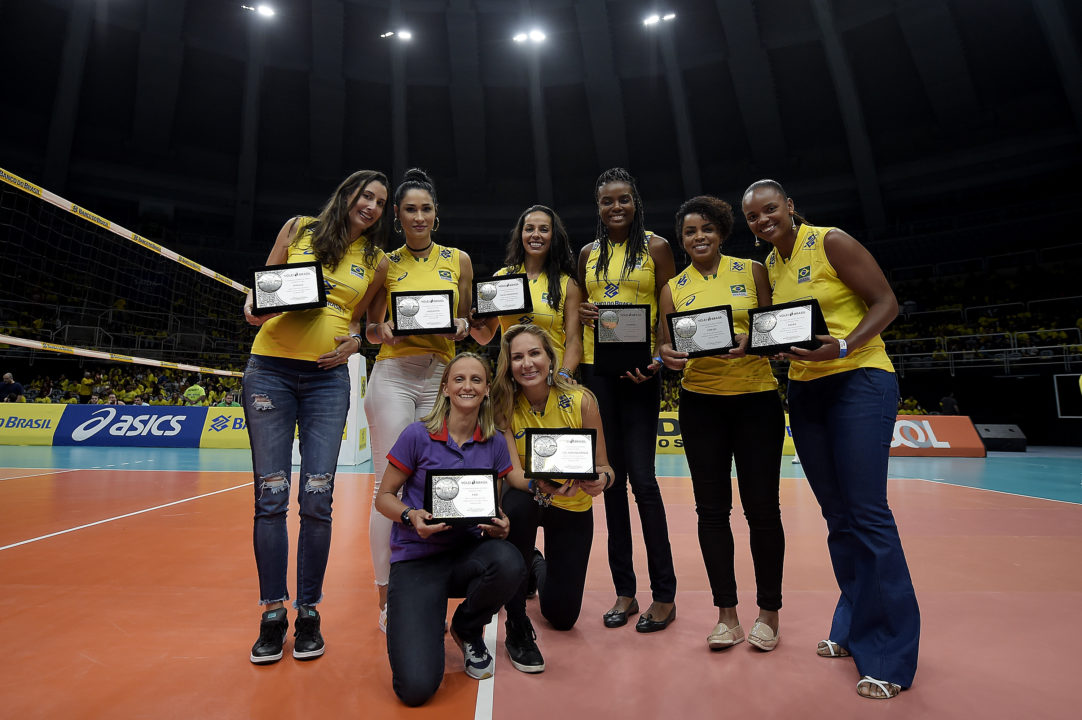 The Brazilian Volleyball Federation celebrated the 10th year anniversary of Brazil’s gold medal run at the 2008 Olympics this Saturday before the team’s friendly against the USA. After all, what better way to celebrate a gold medal than right before a game against the opponent you beat for it? Indeed, Brazil’s run in 2008 was emblematic. It went 7-0 before the finals, losing no sets along the way, before beating Team USA 3-1 to take home the gold.

Almost all of the team was present during the ceremony. MVP Paula Pequeno was very emotional:

“As the national anthem played, I remembered our whole trajectory. There are many memories. We had to overcome many obstacles. I am very proud to have participated in such a victorious generation. 2008 was very special because I couldn’t go to Athens in 2004 because of a serious injury to my knee. So this gold medal has a very special meaning in my heart, inside my memory. And as if the size of this achievement were not enough, I still won an individual award that any of us could have received, since all were in great shape. I remember everything from the day we arrived until the day we got on the podium. I found this initiative of the CBV to pay homage to us very beautiful. I think the Brazilian society has a short sporting memory. This type of event keeps our history alive, keeps the faces that started this trajectory etched forever in history. I hope that other sports and other confederations follow this example and take this attitude from now on.”

“It was a beautiful homage, because we could share the court with the current national team and go back in time a little. We got together earlier in the day, and it was wonderful, we haven’t stoppled laughing since, sharing many good memories, things that only those who lived it knows how good it was. Having the possibility to meet, after ten years, is great, we are very happy with this ceremony.”