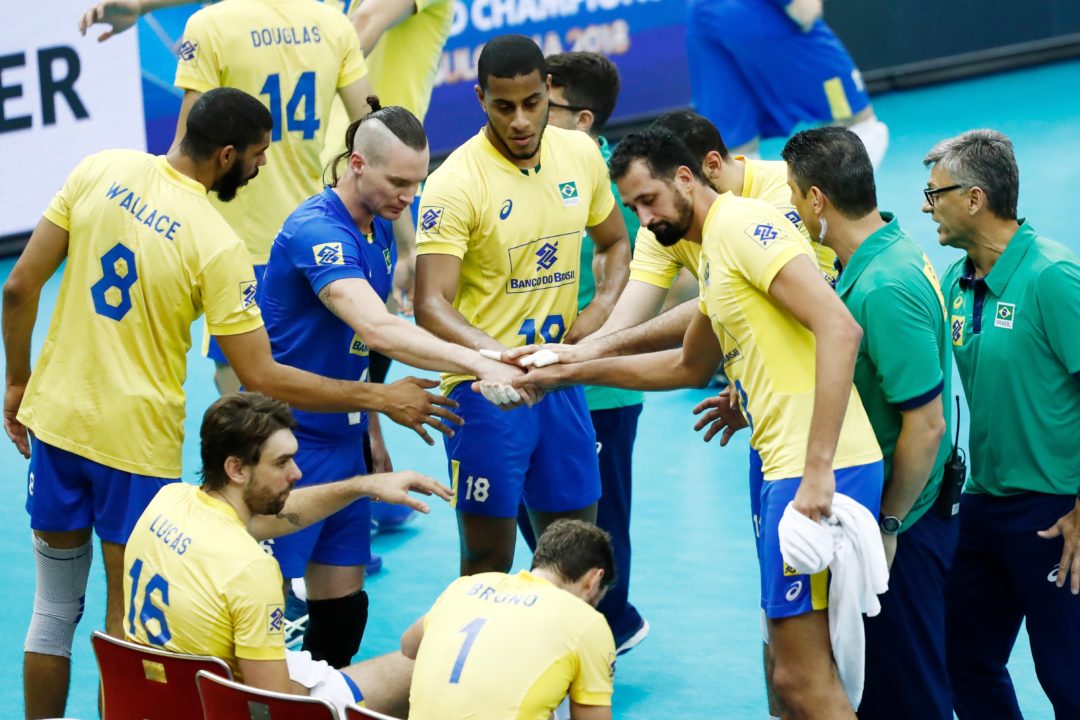 Brazil says that the friendlies will serve as good preparation for the 3 Asian teams they'll play in the preliminaries of the Nations League. Stock Photo via CBV

The Brazilian men’s national volleyball team, as part of its final preparations for the upcoming inaugural Volleyball Nations League, will play a pair of friendlies this week against China in Taubaté, Brazil. The games will take place on Tuesday, May 15th and Thursday, May 17th. The matches will serve as important preparations for the team’s first round of pool play where they will see Germany, Italy, and Serbia. The matches will be broadcast live on SporTV, at 10PM and 7PM, respectively.

Brazil begins its Nations League journey on May 25th in Serbia. The 2017 champions of the now-retired World League, Brazil will host the 2nd week of play, where they welcome in Japan, South Korea, and the United States, before heading back to Russia, Bulgaria, and eventually making way to Australia in one of the biggest travel schedules of all participating teams. After playing their 5th round in Australia, if they qualify for the Final 6 (and they are expected to do so), Brazil will have to take their 5th flight of at least 6000 miles to return to Europe and France for the championship rounds.

“In the second round of the Nations League, we will face two Asian teams, Japan and South Korea, who have a similar style, so it is appropriate to face China right now,” said Brazilian head coach Renan Dal Zotto. “A first experience before we officially debut in the first competition is an always welcome opportunity. We will do everything we can to make the most of it.”

Brazil and China are scheduled to face off in week 3 of the tournament, playing in Ufa, Russia.