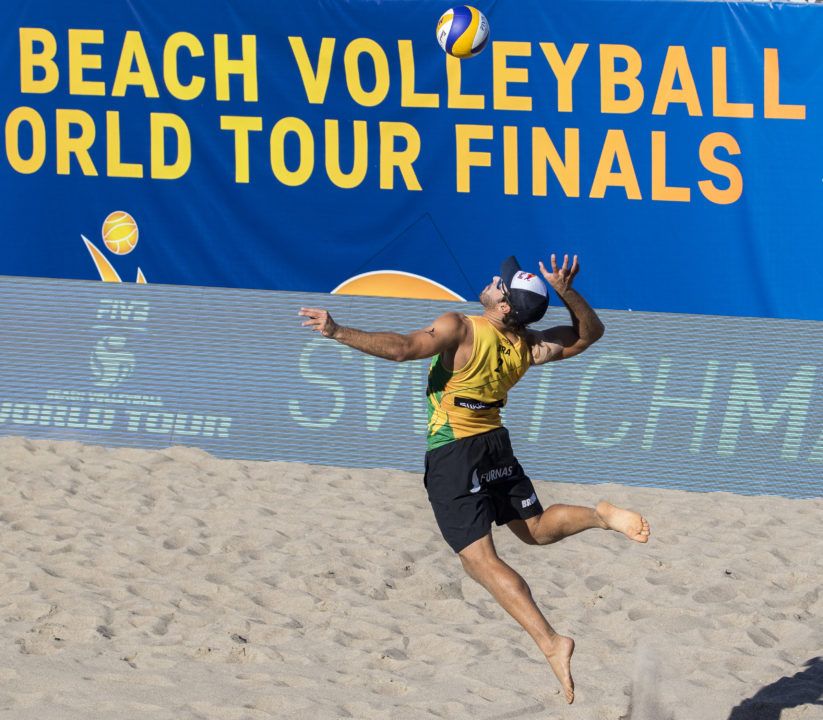 The first set featured nine different ties, the last coming at 15 all when a Bruno kill and Alison kill and monster block took the pair ahead 18-15. Pedro Solberg/Evandro couldn’t recover from the 3-0 run, eventually dropping the set 21-19.

The second set was even more back and forth with 11 ties, the final one coming at 15 all, again. Two Bruno/Alison kills was enough to keep them ahead the remainder of the match. A Bruno cut shot ended the match 21-19.

What a week it's been ☑️ Canada treated us well!
Check out today's best shots https://t.co/jeIjKP32xj#TorontoFinals pic.twitter.com/VL7zDn73VF