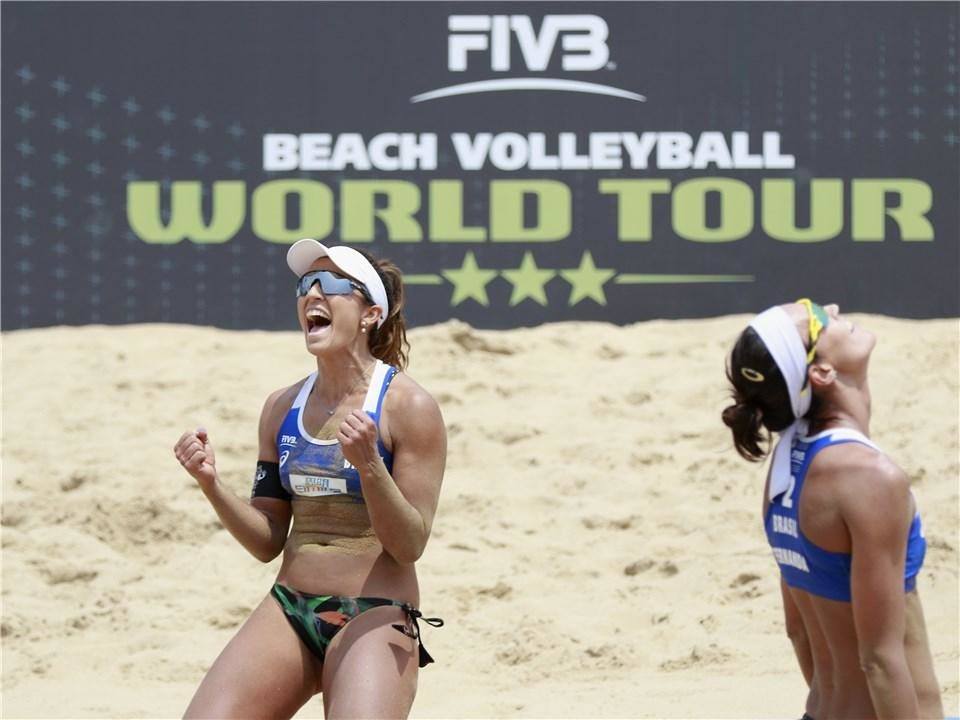 Brazil’s Barbara Seixas de Freitas and Fernanda Alves secured their first title of the season as a pairing, downing local favorites Fang Wang and Yuan Yue for the Xiamen 3-Star Championship on Saturday night. Wind was a factor in the match for both teams, but Barbara/Fernanda earned the 21-12, 19-21, 16-14 win. The Chinese team fought off two match-point chances via blocks by Wang, but Barbara later secured the win.

“We feel really happy, we had some really tough matches to get here. We needed this result and we are so happy, because we are getting better and better. This is our first title, so it’s very special for us,” Barbara said.

Barbara and Fernanda advanced to the final after defeating countrymen Maria Antonelli and Carol Horta 21-23, 21-15, 17-15 in the semifinals.

Wang/Yue downed Germany’s Victoria Bieneck and Isabel Schneider 18-21, 21-17, 15-12 in the semifinals. The silver medal is the second of the Chinese duo’s career, following a silver in Xiamen in 2014.

In the bronze medal match, Bieneck and Schneider topped Antonelli and Horta 21-16, 21-9.

“We both had a long semifinal, we were the first one, so we had a bit more time to rest. So it was really important to be focused and motivated and we really wanted to get this medal. There was also a big mental part in this match because both were maybe a bit disappointed about the loss. We both came out and tried to fight, they also played good and they wanted to make it so we’re happy that we could get the medal,” Beineck said.