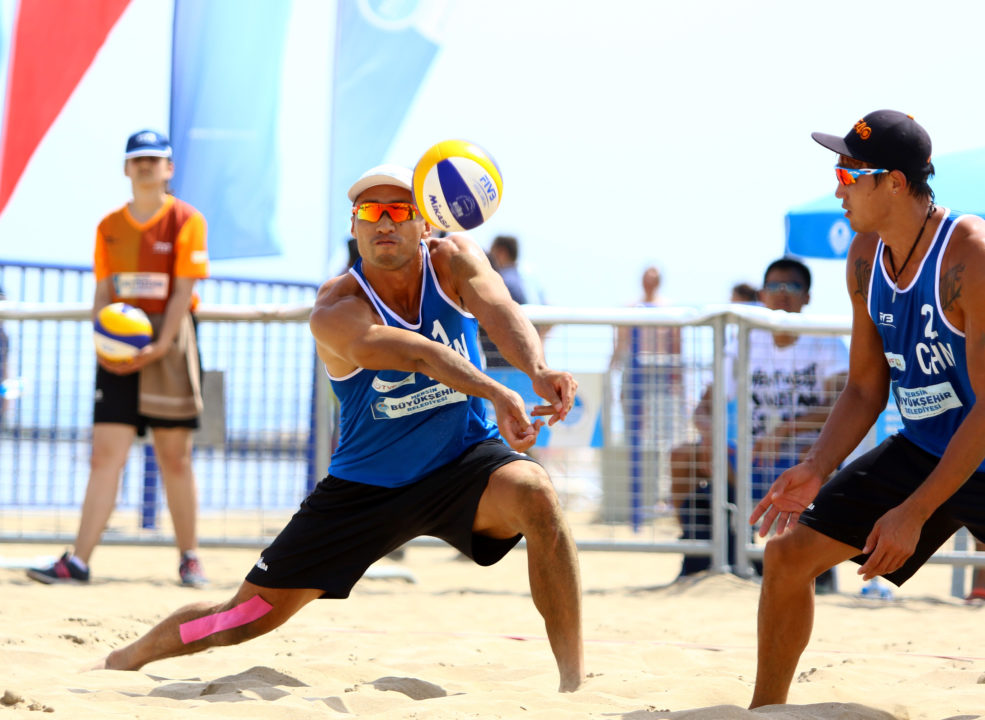 The Singapore gold gives the Suzuki/Murakami their second FIVB medal, following a bronze at the Jinjiang Two Star (June 3).

Suzuki/Murakami bested countrywomen Takemi Nishibori/Ayumi Kusano in straight sets for the title (23-21, 21-15), marking their fourth-straight win of the tournament.

“This is a very big surprise,” Suzuki said.  “I couldn’t believe it when they said we were the champions… this is a dream. I’m so happy because this is the first time we’re getting an FIVB gold medal.  In the second set, we tried to play a little differently from the first set, including using different types of service to move our opponents around and tire them out.”

In Saturday’s semifinal, the duo moved on with a straight set win over Sweden’s Tadva Yoken/Sigrid Simonsson (21-18, 21-16).

The silver is the third medal in 2018 for Nishibori/Kusano, following gold at the Manila One Star (May 6) and bronze at the Bangkok One Star (May 13).

Behlen/Schneider went on to take the bronze with a tiebreak win over Yoken/Simonsson (27-25, 13-21, 15-11). The Germans take their second FIVB medal of the year after winning the title at the Phnom Penh Two Star (May 6).

On the men’s side, Gao/Li earned their second FIVB medal after taking bronze at the Jinjiang Two Star (June 3).

Nolvak/Tiisaar moved past Slovenia’s Nejc Zemljak/Jan Pokersnik in the other semifinal (21-14, 22-20). The silver medal marked the first podium finish for Nolvak/Tiisaar since a bronze at the Langkawi One Star (April 16).