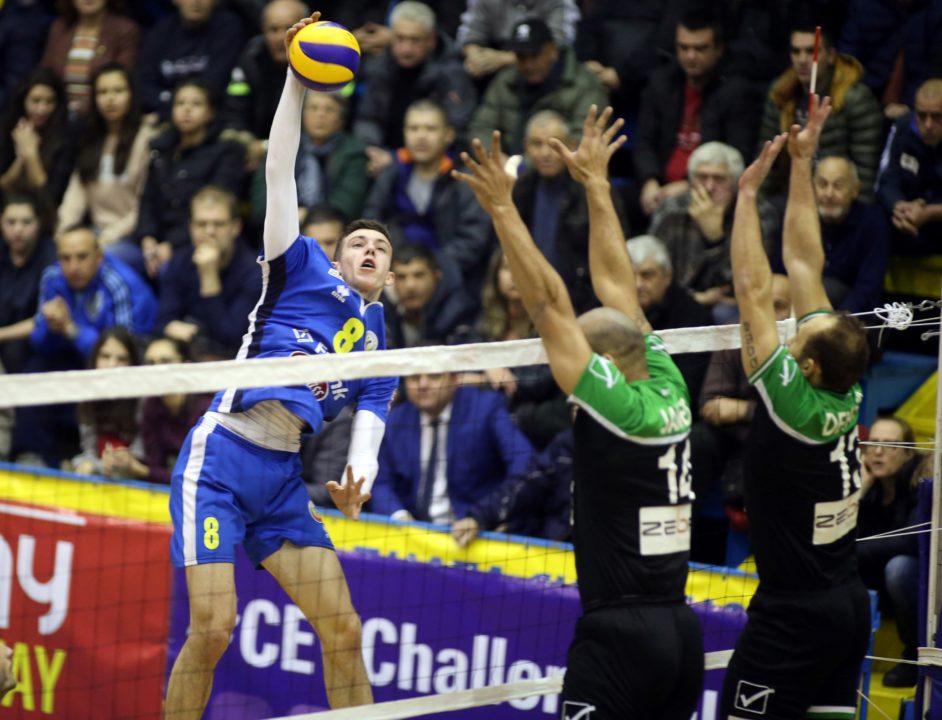 Montana’s Asparuh Asparuhov, who is referred to in Bulgarian sports media as “The Next Kaziyski”, due to being Bulgaria’s most recent and biggest volleyball promise, has had his name involved in a major transfer scandal this week, according to Bgvolleyball.com. The 17 year old hitter has been accused by his former club, Slavia Sofia, of playing illegal for Montana, since it did not allow his transfer.

Asparuhov’s playing rights are held by his father, but Bulgarian Volleyball Federation’s (BVF) regulations state that even in these cases, upon a transfer, a written permission from a player’s previous club stating no claims towards the athlete is necessary to complete the transaction. Slavia has filed a formal complaint with the BVF against Montana, and if the accusation is found to be true, both Montana and Asparuhov will face heavy sanctions.

Montana’s management vehemently denies anything is wrong with the recent signing of its player:

“There is a transfer committee in the Bulgarian Volleyball Federation, which looks at all transfers from one club to another. Asparuh Asparuhov’s rights are held by his father, and the transfer committee allowed him to go to another club, thus being apt to sign with Montana. He has played under regulation with us, his transfer being cataloged according to all the rules. Slava wanted some intrigue, but Montana has nothing to do with it.” Stoyan Kostov, Montana’s director.

“We have had trouble with Slava since last year, when we first tried to sign Asparuhov. In Montana, we follow all rules regarding attracting new signings. All documents have been provided to the transfer committee, and it has allowed the transfer. Everything regarding Asparuhov’s contract with Montana is perfectly regular.” Daniel Peev, Montana’s coach.

Likewise, Asparuhov himself was verbal on the matter:

“There is no reason for these statements to influence me because they are fabrications. Slava has surprised me, since the club always knew I was there on a loan. I do not worry because I know everything is fine regarding my contract situation.”