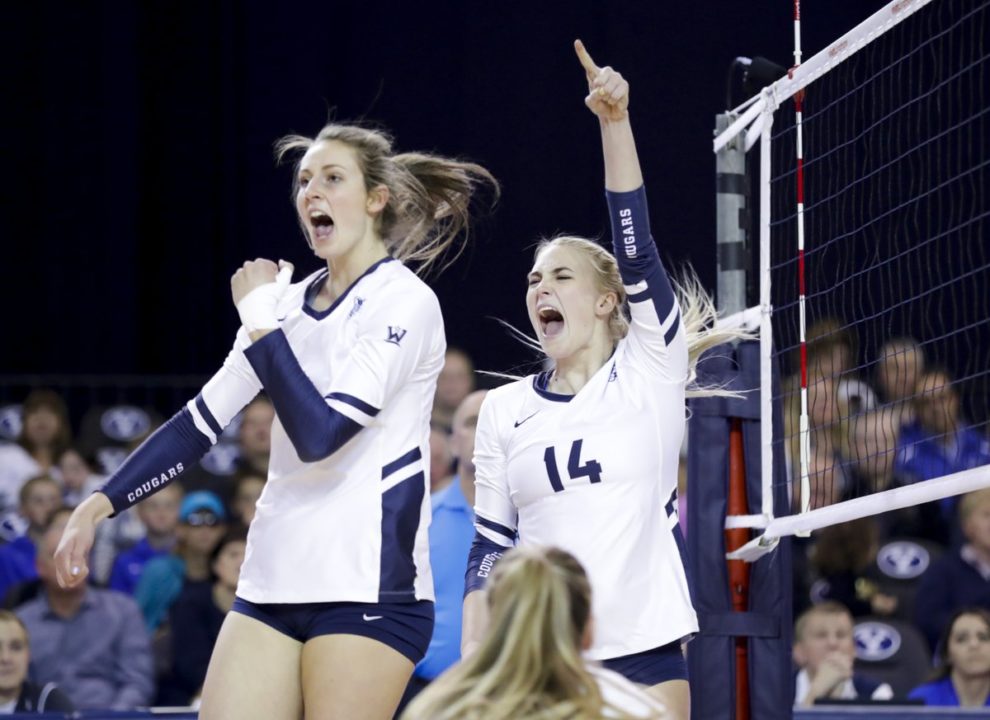 The Cougars must now make their way through the remainder of the season without the junior outside hitter McKenna Miller as she suffered an ACL injury in Thursday's match with Santa Clara.  Current Photo via BYU Athletics

The Cougars must now make their way through the remainder of the season without the Murrieta, California, native’s help as she suffered an ACL injury in Thursday’s match.

Junior McKenna Miller will be out the rest of the season with an ACL injury suffered last night. We love you McKenna! We’re with you all the way! #BYUWVB pic.twitter.com/StWKLi1Tr5

With Miller out of the lineup for Saturday’s match against San Francisco, BYU didn’t miss a beat, posting a season-best .537 clip as a team, the second best effort in the rally scoring era and the fourth-best in program history.

The best thing about this season is that BYU is now a early out in the tournament as the #1 seed, Minnesota and Stanford will be #2 &#3 and will play in the semis, and #4 Illinois won’t make the Final 4 . . . Anyone in BYU or Illinois quarters of he bracket can make the finals.. .. .

Why is that the best thing?

Well BYU is the 4 seed soooo

Wow. You couldn’t have been more wrong lol