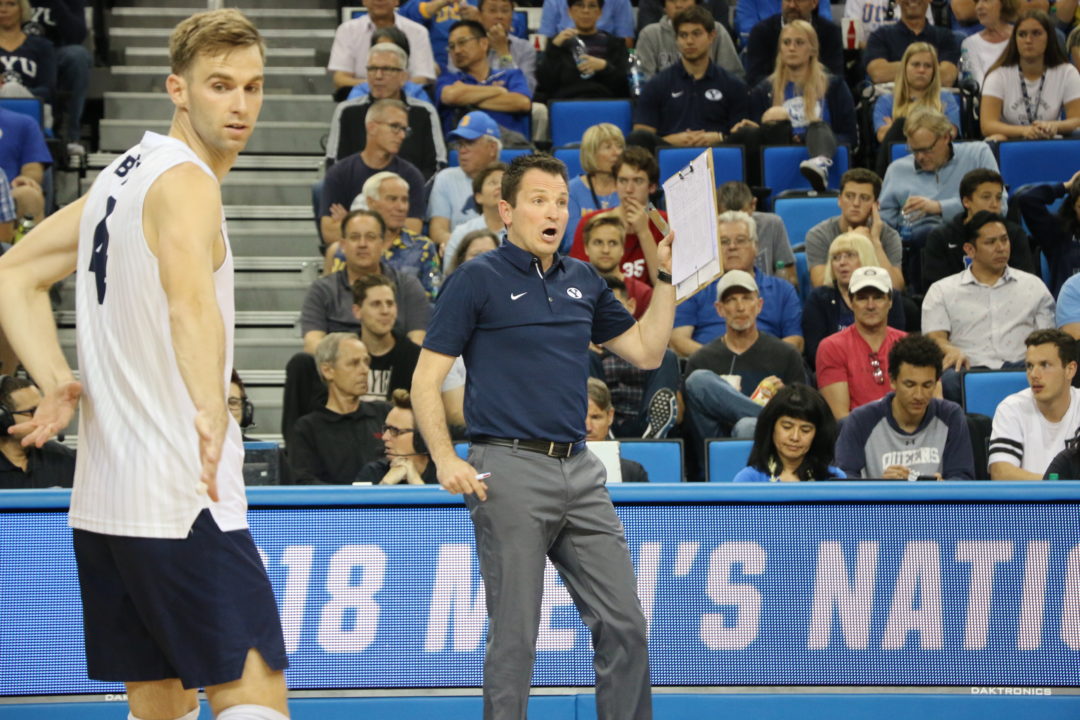 The BYU Men’s Volleyball Team is ending an era in 2018. Besides the graduation of outside hitter Brenden Sander, the younger of the Sander brothers who have been synonymous with the program for the better part of a decade, the BYU men will lose both of their assistant coaches after this season.

Jaylen Reyes, who transferred to BYU as a redshirt freshman from CSUN in 2011, wound up turning a lack of playing time at his old school into an Honorable Mention All-American season as a senior, playing more sets (431) and having the 2nd-most digs (762) in the rally-scoring era for the Cougars. He now heads to Nebraska to take over as an assistant for the defending women’s NCAA Champions.

BYU’s other assistant, Luka Slabe, has been hired as a part of the USA Volleyball Women’s National Team staff. Slabe formerly coached 4 professional teams and worked with the Slovenia men’s national team from 2013-2015.

BYU men’s head coach Sean Olmstead hasn’t announced replacements yet, but sang the praises of both of his departing assistants.

“Luka brought a ton of experience from high-level volleyball, as a head coach, which helped me a ton,” Olmstead said. “Jay brought a ton of energy and excitement, a young buck coming in to transition from player to coach. He’s done a remarkable job, and we can’t thank either of them enough.”

Slabe and Reyes both joined the BYU staff in 2015, the same year that Olmstead took over the men’s program, giving the team a relatively-consistent 3-year run of assistant coaches. In that period, the team finished with a combined 75-16 record (.824), which is the 3rd-best record in Division I/II volleyball in that time period. They also finished 1st in the MPSF regular season standings all three years. 2 of those 3 years, they also won the MPSF Conference Championship, and they advanced to the NCAA Championship match in both 2016 and 2017. That streak ended this year, when 3rd-seeded UCLA upset the Cougars in the semi-finals.

But even as change comes to Provo, Olmstead remains a rock for the program. Although 2018 was just his 3rd season as the men’s head coach, he spent the previous 3 as the women’s head coach, and won 2 national championships as a player in 2001 and 2004.