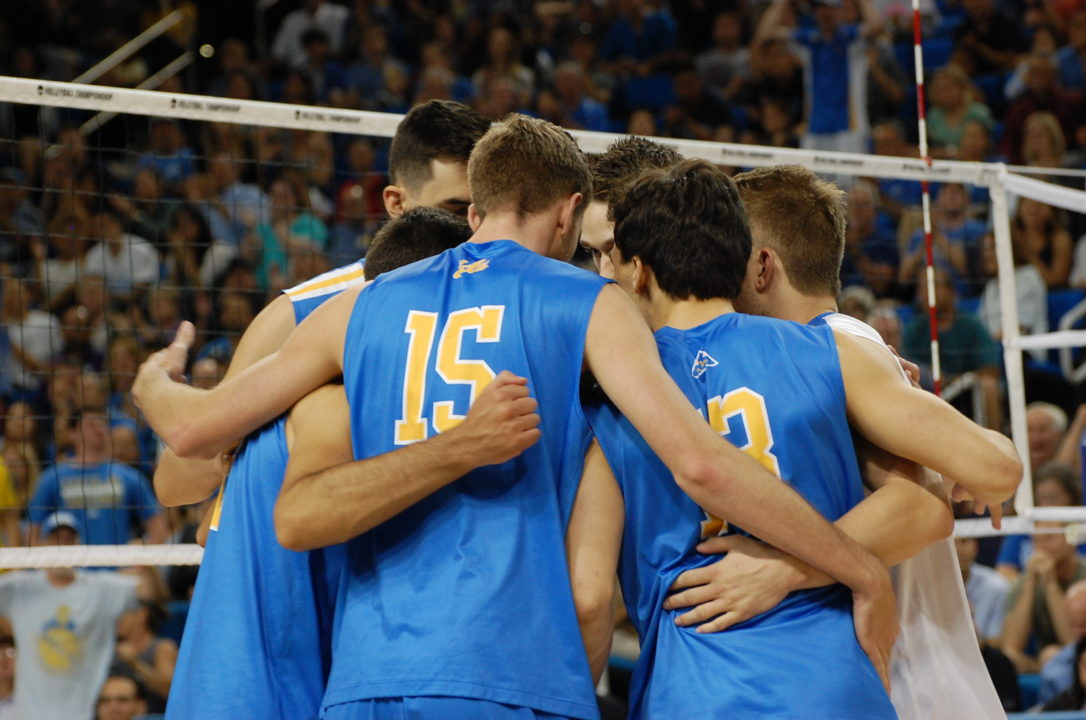 UCLA coach John Speraw shared his disappointment in the loss, but also a send of pride and firm belief in his team throughout the match. "Obviously, Long Beach State is a very good volleyball team and I’ve said that a bunch of times here. They’re a deserved champion. I really thought we had a shot to beat them today, even before I stepped on the court and when we were down in the first set, I believed, but it wasn’t meant to be." Current Photo via Anne Lepesant

Making their second NCAA appearance in the last three years, the UCLA Bruins boasted a 2-1 lead in the match, but couldn’t hang on, falling to No. 1 seed UCLA in five sets in the NCAA Men’s Volleyball Championship Saturday night.

After the match, head coach John Speraw said spoke highly of his team’s effort to get to the title match as well as their performance in the loss.

“I’m very proud of my team,” Speraw said. “All year long, we’ve talked about getting to the peak performance state and trying to figure out what that was for each individual player and us, collectively, as a group, and I think the last two matches we achieved that for the first time all season. I think we should be incredibly of the journey that we had to get there. I told this team in the locker room that I’ve never had a team that traveled so far personally, collectively as a team to get to this moment. Teams that I’ve coached in the past that have won have been a little bit settled at the beginning of the season. This team had to reinvent an offense, add new components in place.

“I’m disappointed, obviously, because we had our opportunities. sometimes when you’re up in the fourth set and the [opposing] team comes back, they have a little bit of momentum coming into that fifth. I think we’ll look back on that fourth set with a couple of regrets here and there. Obviously, Long Beach State is a very good volleyball team and I’ve said that a bunch of times here. They’re a deserved champion. I really thought we had a shot to beat them today, even before I stepped on the court and when we were down in the first set, I believed, but it wasn’t meant to be. Congratulations to them.”

Despite the loss, junior outside hitter Dylan Missry said despite the disappointment the team is looking ahead to the future and getting back to the tournament.

“”I mean it’s going to be tough losing all the seniors,” Missry said. “We had four seniors playing on the court tonight. I think it’s going to take a lot of work in the offseason and being on guys to really try and play as much volleyball as possible because there is a large discrepancy being play in practice and play in the game. We really need to get guys playing as much as possible. I think we can get some guys on the court and win some games and once you make playoffs you really never know what is going to happen as we proved this year so we are just going to give it everything we have.”

Watch the full press conference including quotes from Speraw, junior setter Micah Ma’a and Missry below.