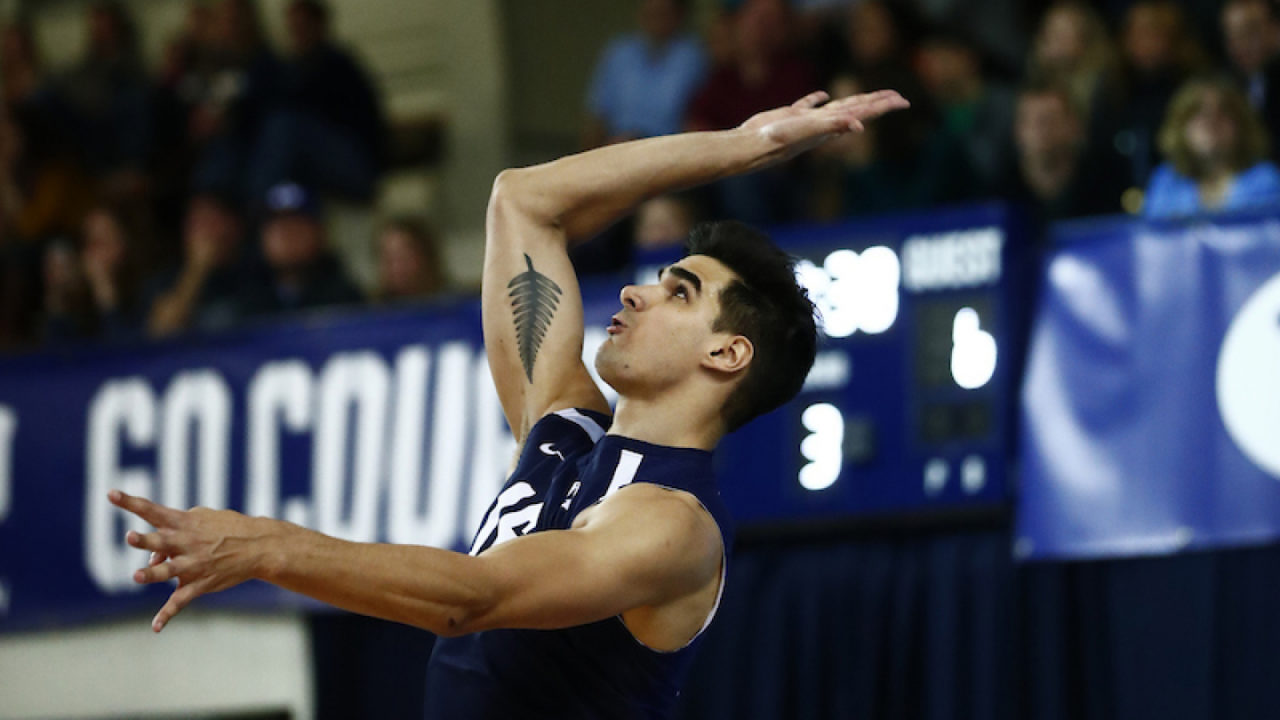 This week, BYU’s freshman Felipe de Brito Ferreira has been named the AVCA DI-II Men’s Player of the Week.

Ferreira helped the Cougars to a 2-0 week with wins over #8 Pepperdine in five sets and a three-set sweep over #3 UCLA. In his eight sets of play, Ferreira posted 1.25 kills per set on a .600 hitting percentage along with 2.00 blocks per set.

These matches were Ferreira’s first starts as a Cougar, making a huge slash at the net. In the Cougar’s comeback win over Pepperdine, he recorded 10 blocks along with 6 kills on 7 attempts for a .714 hitting clip. He followed up that performance with 4 kills and match-best 6 blocks against the Bruins. The two wins keep BYU undefeated in MPSF play so far at 7-0 and are currently riding a 9 match winning streak.

Ferreira is the 30th player in BYU history and second freshman this season to pick up the award, as Gabi Garcia Fernandez earned the second AVCA Player of the Week accolade of the season on January 16.