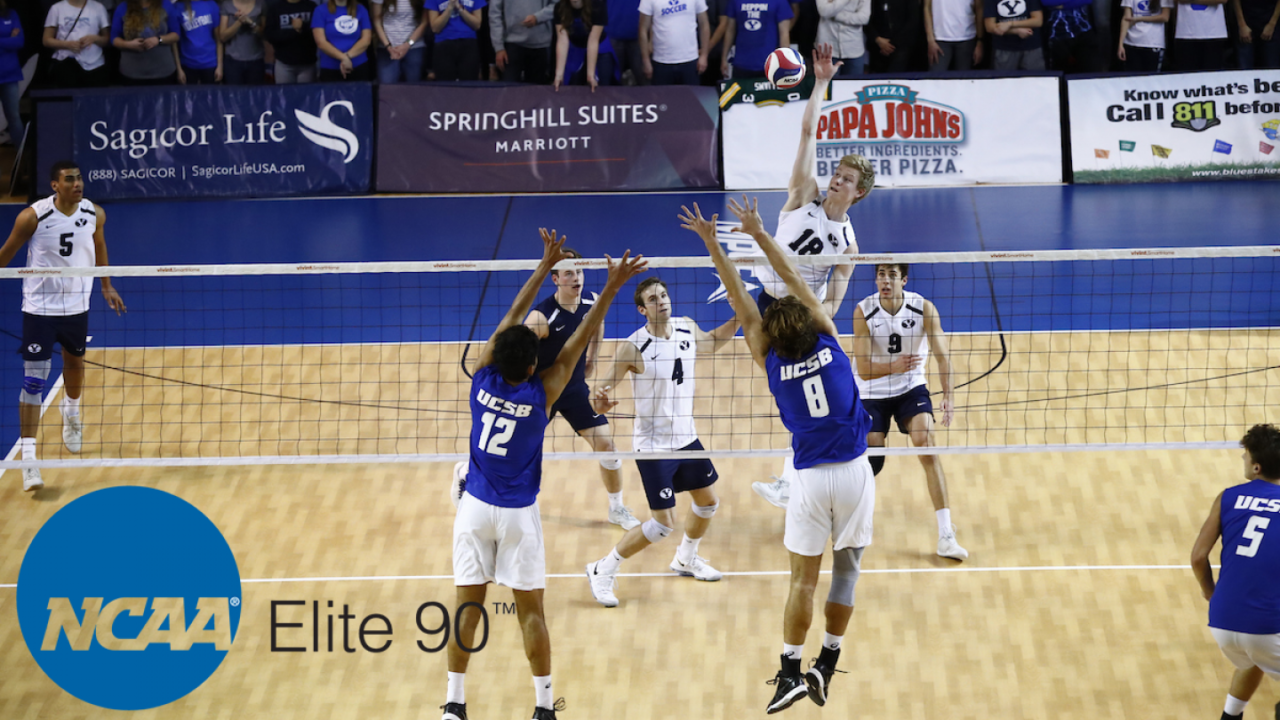 The honor is given annually to the athlete at each of the NCAA’s 90 sponsored championship final sites who has the highest GPA. Ties are broken by the number of credit hours completed, and to be considered, athletes must be sophomores or above who have competed in their sport for at least two years with their school. They must be an active member of the team, traveling and a designated member of the squad at the championship.

Jauhainen has played in 83 sets this year for BYU, averaging .72 killsset and .92 block/set. He ranks 4th on the team in both blocks/set and hitting percentage (.393) this season.

BYU will play in the NCAA men’s national semi-final on Thursday evening in Los Angeles against the host team UCLA. See a full preview of that game here.