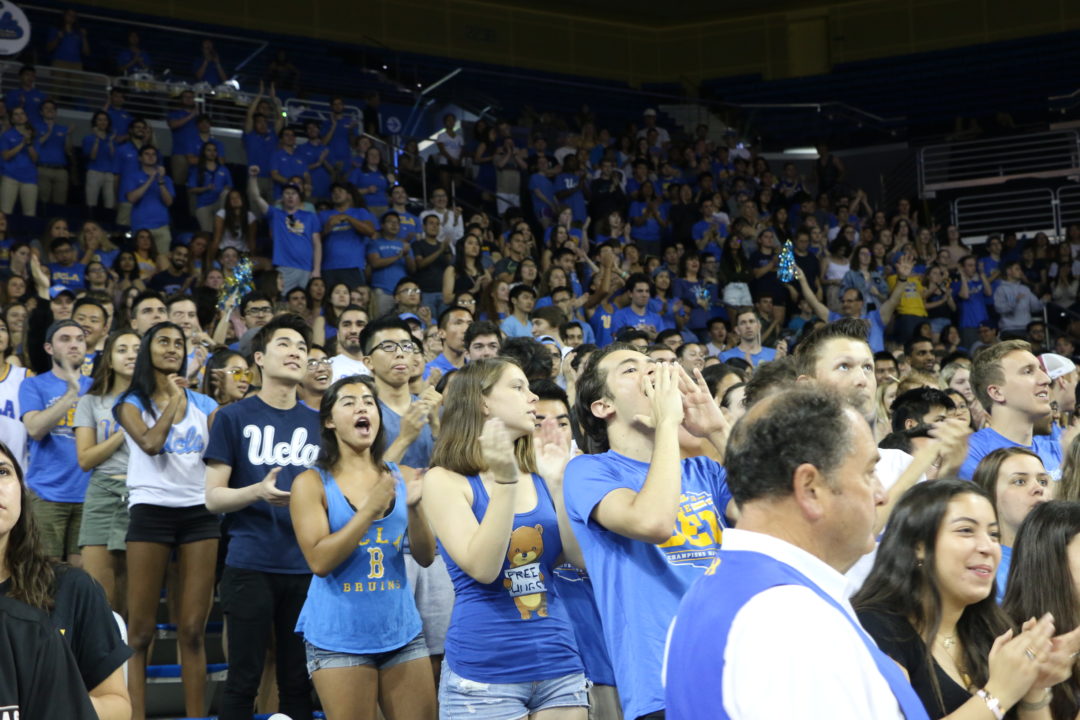 On the other hand, May 5th, 2018 saw volleyball have the two biggest audiences of all original telecasts on ESPN2, including the Huntington Beach Open. Stock Photo via Anne Lepesant

Television ratings dipped again for the 2018 Men’s NCAA Volleyball Championships, marking the second-straight year in which interest in the show fell. According to television ratings watchdog showbuzzdaily.com, This year’s NCAA Men’s Volleyball Championship match on May 5th between UCLA and Long Beach State drew a rating of .04 in the key P18-49 demographic and had an estimated 143,000 viewers.

Editor’s Note: The .04 number in the P18-49 rating means that .04% of viewers in the key 18-49 age demographic tuned in for the championship game either live or on their DVRs before 3AM the next day.

While the ratings themselves dipped, the ranking of those ratings climbed – showbuzzdaily.com ranked it as the 139th-best “Original Cable Telecasts” of the day – 8 spots better than last year.

The dip in ratings, in spite of an exciting game and the presence of a national brand UCLA, could in part be due to the regional nature of the matchup. The two schools are located 35 miles apart in the Los Angeles metropolitan area. Long Beach State, with a significant enrollment of around 40,000, still doesn’t have as much of a national brand either, largely as a result of no football team. The network, ESPN2, was the same, as was the time slot, but with a west coast focus, that put the game at an awkward 4PM slot on Saturday on the west coast.

For comparison, the top-rated original cable telecast of the day was the NBA playoff 2nd-round game between the Boston Celtics and Philadelphia 76ers, which had a rating of 1.37 and drew an estimated 3.6 million watchers. The 8:00 PM edition of Sportscenter was 2nd with a 1.13 rating and 2.7 million tuning in. ESPN2’s best televast was the 4:00 AM Sportscenter, with a rating of .05 and an estimated 117,000 viewers.

The final of the NCAA beach tournament open drew a huge .10 rating and an estimated 298,000 viewers on Sunday. That’s a significant jump from last year, where it had a .08 rating and drew 269,000 viewers on TBS.

Perhaps the NCAA could do more to promote the sport. Building up to the event they constantly tweeted about the Beach championship but did effectively nothing regarding the men’s game. Would also be good to get some advertising and press mentions. Look at the build-up prior to other sports. You want to grow a sport you need to invest in it, not ignore it.