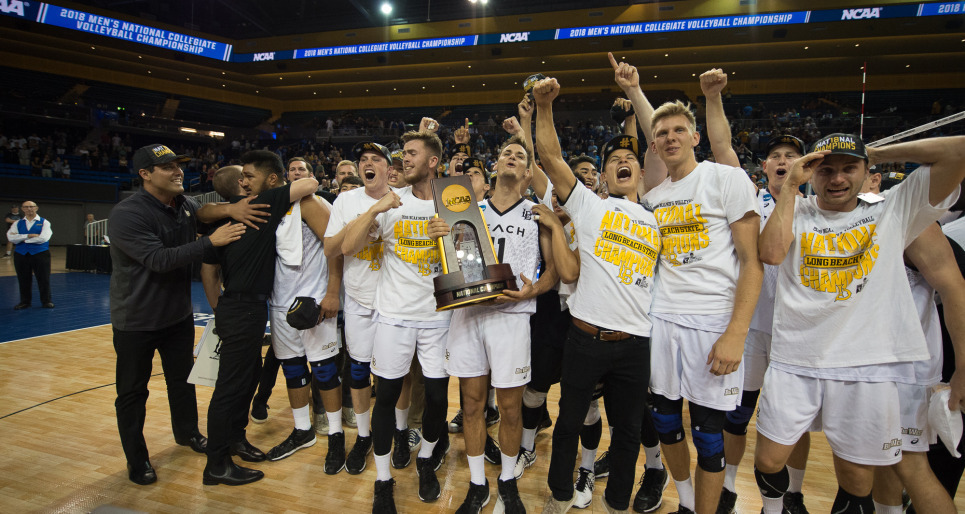 LONG BEACH – Following an incredible season that culminated in winning the 2018 National Championship, the Long Beach State men’s volleyball team will be recognized on Saturday, May 12 at the Dirtbags baseball game against UC Santa Barbara.

The National Champions will be in attendance beginning at 1:30 p.m. and will be signing a limited number of commemorative posters for LB Nation before the game starts at 2 p.m. The Beach will take the field and participate in a “first serve” rather than a first pitch. The team and staff will then be honored during the second inning.

LB Nation is encouraged to come out to Blair Field and help celebrate the National Championship. All 2018 men’s volleyball season ticket holders will receive free admission to the game if they RSVP to Benny Garcia at [email protected] before 5 p.m. on Thursday. To purchase tickets to the game, click HERE.

For fans wanting to get a jump on purchasing 2019 men’s volleyball season tickets, which includes priority for the 2019 Final Four which will be held inside the Walter Pyramid, please click HERE.

The 49ers went 28-1, including the inaugural Big West regular season and tournament titles as well as wins over two-time defending champion Ohio State in the Final Four and a five-set win over UCLA in the title match. The NCAA title ended a 27-year drought for LBSU, following its 1991 championship, which included head coach Alan Knipe on the roster.