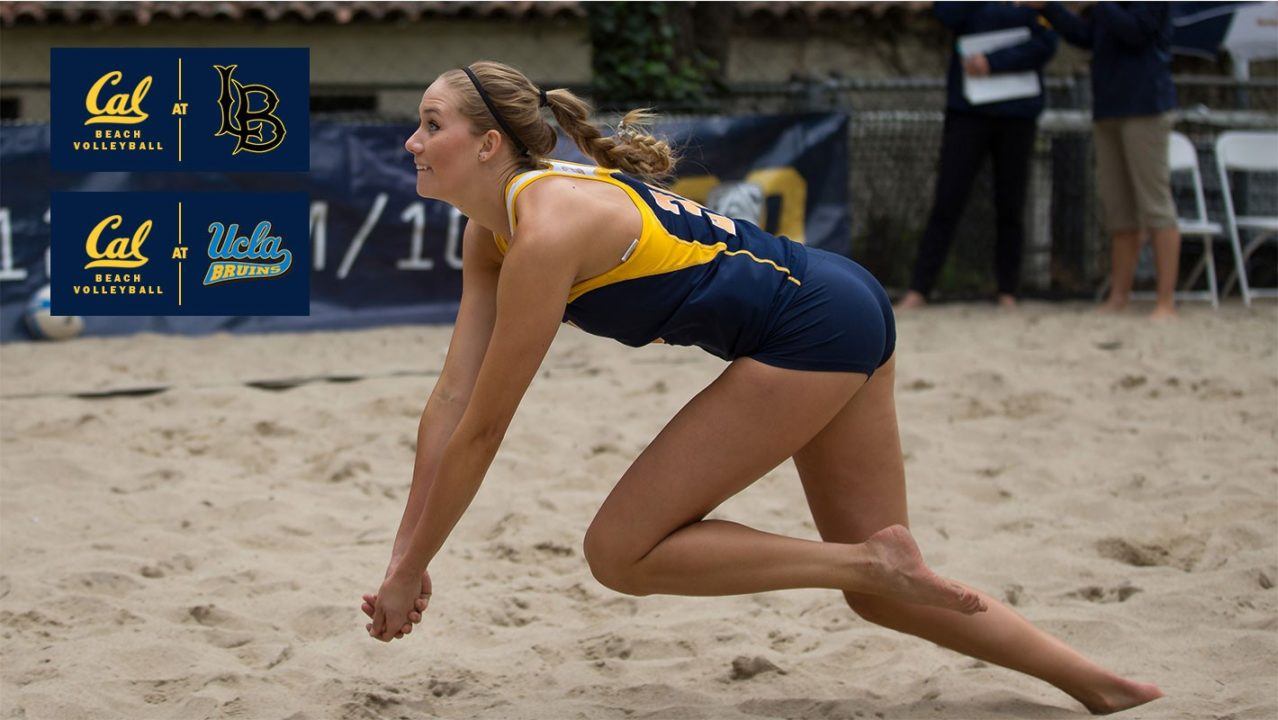 Cal junior Jessica Gaffney will have a new partner at the #1 line for the Golden Bears in this weekend's Pac-12 Tournament. Archive Photo via Cal Athletics

Cal beach volleyball sophomore Mia Merino is “not expected” to play this weekend’s Pac-12 Championship tournament with an injury, a school spokesperson says. She is definitely out of the pairs tournament, which is unique to the Pac-12 at the conference level, and as of right now is out of the team competition as well. 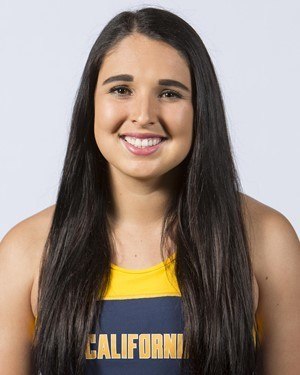 Merino has played at the 1-line in every match this season, going 3-5 early in the year playing with Bryce Bark, and then 1-12 since while paired with Jessica Gaffney. She missed the taem’s last regular-season contest, a 5-0 loss to #8 Arizona on April 22nd, with the injury. That resulted in Olivia Rodberg sliding up from the 2-line to play with Gaffney at the top of the order (they lost 2-0, 21-12, 21-10), and set off a domino r-shuffle of the Golden Bears’ lineup.

That’s bad news for Cal, who hit a slide late in the season when they lost their last 3 matchups against New Mexico, Arizona State, and Arizona to finish the regular season with a 13-10 record. As a team, Cal enters the Pac-12 tournament as the 6th seed, which means a rematch against Arizona on Thursday at 11 AM. The winner of that game advances to play the winner of UCLA/Washington, while the loser will drop down to the Contenders bracket and play the loser of Arizona State/Stanford for the chance to play back in to the championship game.

Cal will have two pairs in the pairs bracket: Grace Campbell and Nicole Anderson have played together just once this season, a loss at the #3 line, and are the 16th seeded of 18 pairs. Bryce Bark and Olivia Rodberg are the 15 seed – they haven’t played together yet this season in official varsity competition.