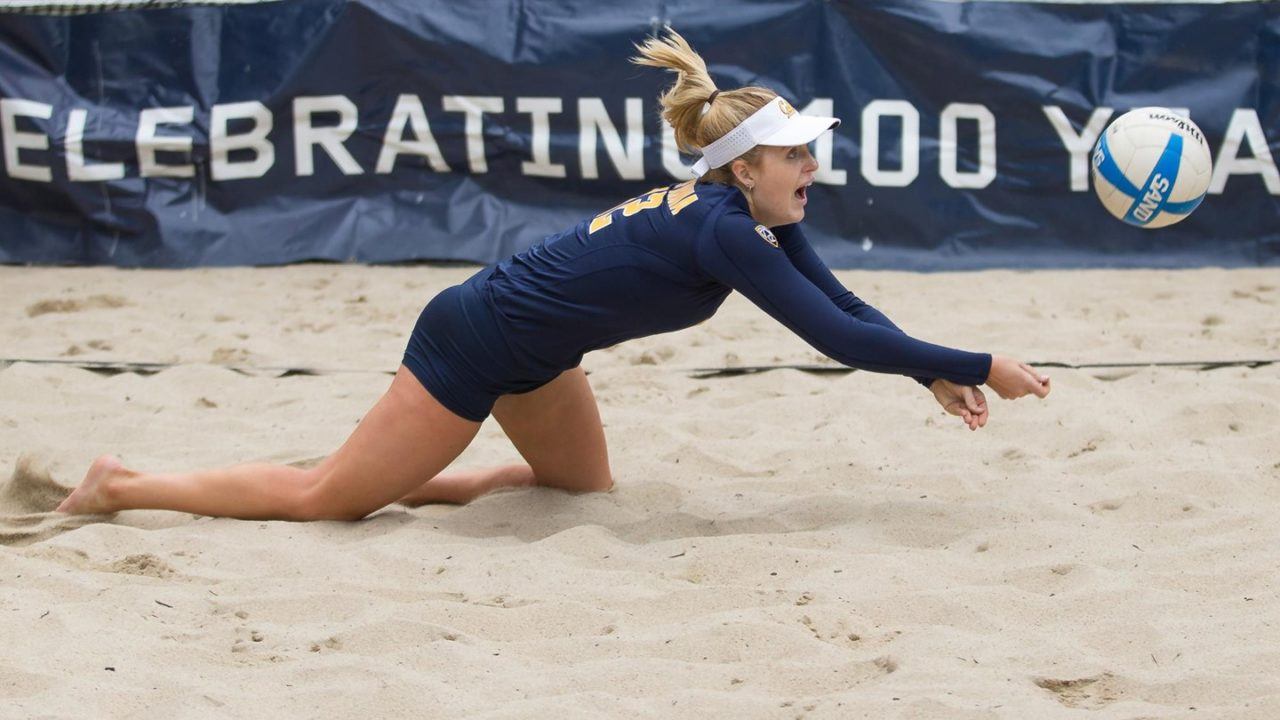 he Cal Beach Volleyball team commences the 2018 season on Saturday full of excitement and expectations.  Current Photo via Cal Athletics

The Cal Beach Volleyball team commences the 2018 season on Saturday full of excitement and expectations. The Bears feature a potent freshmen class as well as a group of talented, experienced veterans, resulting in high hopes for the fifth season of the program’s existence. Cal has finished each of the past two seasons nationally ranked and has its sights on even bigger and better things in 2018.
BEAR NECESSITIES
FRESHMEN READY TO SHINE

The Bears have six freshmen on their roster, each of whom have experience in the USA High Performance Program. MimaMirkovic enters the program especially accomplished – she won the bronze medal at the FIVB World Championships in both the Under-19 and Under-21 category. Alexia Inman, Mirkovic’s playing partner, is an AVCA High School Beach All-American Honorable Mention. Caroline Schafer and Maddie Micheletti are also freshmen expected to make an impact immediately for the Golden Bears.

MIRKOVIC ALREADY FEATURES DECORATED CAREER
Freshman Mima Mirkovic has yet to play a point of NCAA beach volleyball, but she already is more accomplished in the sport than most players across the country. Mirkovic won the bronze medal at the FIVB U19 World Championships in 2016 with playing partner Kathryn Plummer of Stanford, then returned for the U21 World Championships last summer and took third place again. Mirkovic also is an outside hitter for Cal’s indoor volleyball program.

DOUBLE DUTY
The Bears have two student-athletes who play for both Cal’s beach volleyball team and the indoor program – senior Jessica Gaffney and freshman Mima Mirkovic. Gaffney, who spent her first two collegiate seasons at USF, played on Cal’s No. 1 pair in 16 matches last season. She also made an impact on the indoor team, sharing time as the Bears’ starting libero last season while playing in every match as a defensive specialist as a junior. Mirkovic started every match as a freshman for the Bears’ indoor squad and tied for second on the team at 2.47 kills per set.

MADI’S MOMENTS
Sophomore Madison Dueck will be featured on CalBears.com throughout the season with a weekly blog called “Madi’s Moments.” Each week, the sophomore will take fans behind the scenes to report on all the happenings with Cal beach volleyball, on and off the sand. Dueck, a sophomore from Santa Cruz, is expected to team with senior Bryce Bark to form one of the Bears’ top pairs to begin the season. Dueck got into six matches near the end of her freshman season, and played on the No. 4 pair at the Pac-12 Championships.