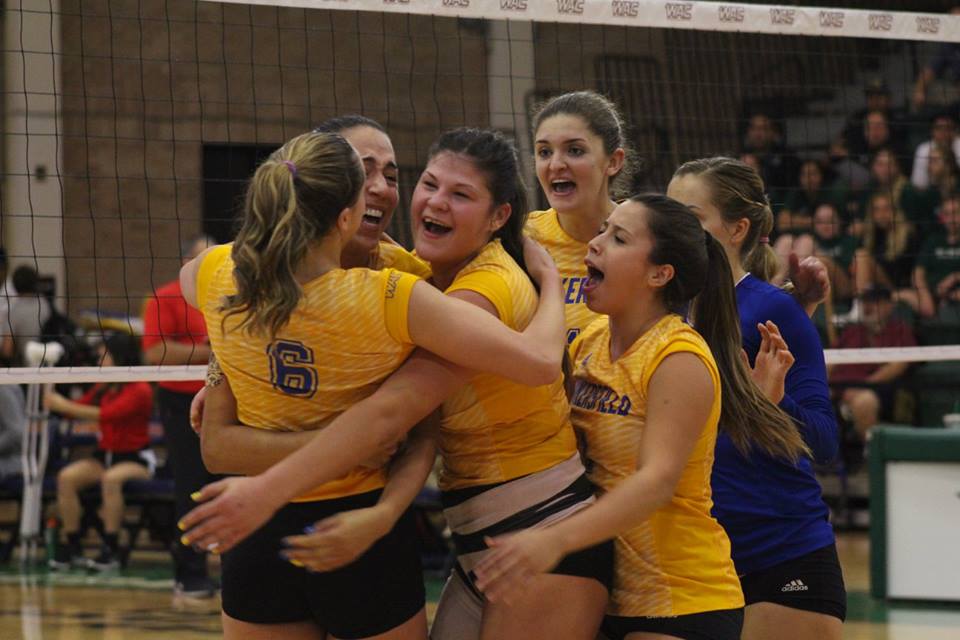 The seeds held on Day 1 of the Western Athletic Conference tournament with No. 4 Cal State Bakersfield topping No. 5 seed Seattle U in a sweep and No. 3 Utah Valley topping No. 6 UMKC 3-1.  Current Photo via WAC

The seeds held on Day 1 of the Western Athletic Conference tournament with No. 4 Cal State Bakersfield topping No. 5 seed Seattle U in a sweep and No. 3 Utah Valley topping No. 6 UMKC 3-1.

It Was Over When: Bakersfield jumped out to a 7-1 lead in Set 3, and Seattle U never recovered, pulling within three on three occasions, last at 11-8, but never broke through. A 5-0 run, including a pair of DeGarmo kills and a Lopes ace pushed the advantage to eight. A Mariner putaway eventually capped the sweep at 25-17.

Next Up: The Roadrunners will play No. 1 seed New Mexico State at 7:30 p.m. ET Friday in the first WAC semifinal.

Key Stats: Utah Valley used 17 blocks to hold down the UMKC offense in a four-set quarterfinal win on Thursday. The Wolverines outdid the Kangaroos 17-9 in blocks, 53-47 in kills, and outhit them .191 to .099. UMKC outserved Utah Valley 5-1.

Sophomore outside Alicia Harrington turned in a 15-kill, 10-dig double-double for the Roos, while sophomore middle Mykal Sadler chipped in 11 putaways. Sophomore middle Alexia Morey put up six blocks to lead the team at the net, while redshirt freshman outside Alex Ratzlaff managed 18 digs to pace four double-digit efforts in the backcourt.

It Was Over When: After a tie at 16, Utah Valley broke free with a final 9-4 run. Dennison accounted for four of those points with two blocks and two kills. Three UMKC miscues also aided the rally. A kill by Megan Boudreaux and a hitting error finished off the 25-20 win and the match.

Next Up: Utah Valley will play No. 2 seed Texas-Rio Grande Valley at 10 p.m. ET in Friday’s second semifinal match. 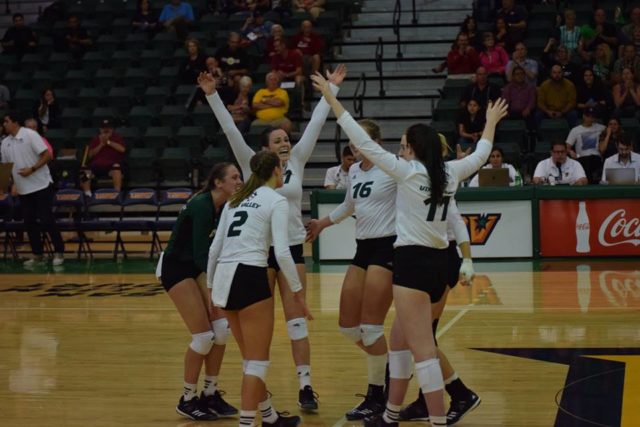