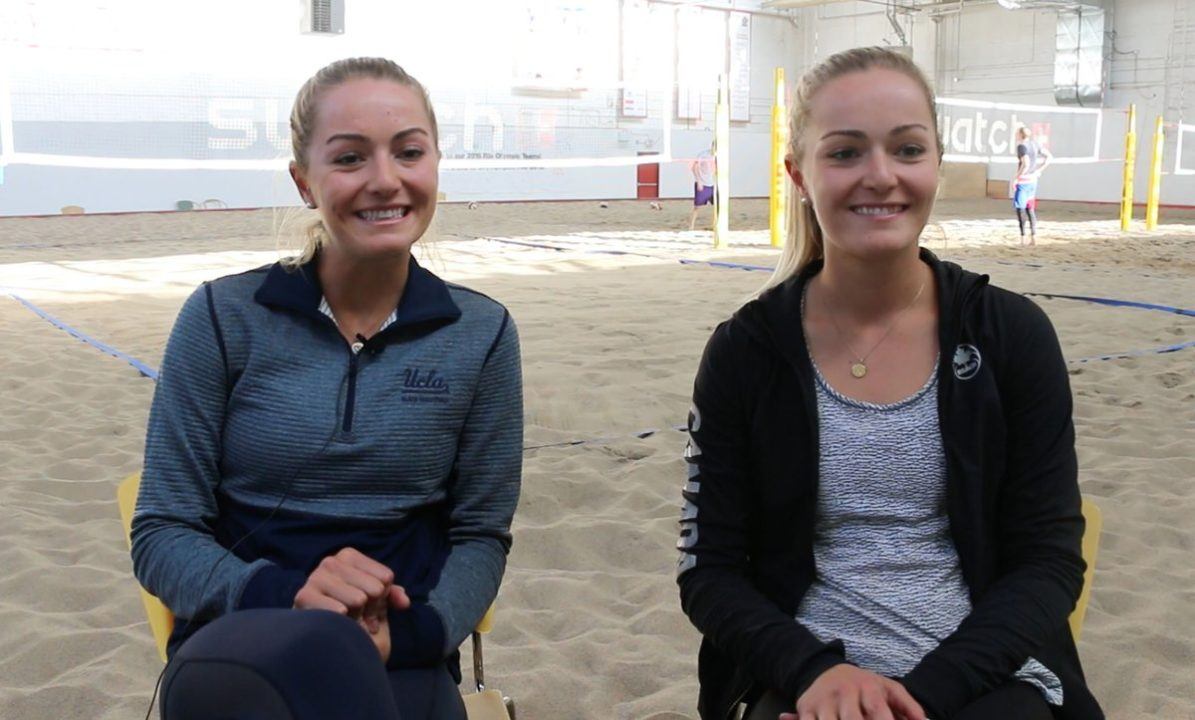 Volleyball Canada hosted a U21 beach volleyball tournament to select its U21 World Championship participants last week in Ontario.

Megan McNamara and Nicole McNamara won the women’s competition, while Logan Mend and Tomas Sorra took the men’s title to earn the right to represent Canada at the U21 Championships, June 13-18 in Nanjing, China.

The McNamara twins, who were named Pac 12 Beach Pair of the Week, March 14, participated in the Canadian beach event on March 22 while their UCLA beach team was on a bye. The duo is playing in the No. 1 position for the third-ranked Bruins (13-2) this season. In 2016, the McNamaras were named AVCA Collegiate Beach Volleyball All-Americans as well as to the First Team All-Pac-12, Pac-12 All-Freshman and Pac-12 All-Tournament teams.

Get to know the twins and see them in action at the qualifier below.

Mend and Sorra had only played together a few times before winning the U21 berth.

Mend is a junior setter on the York men’s volleyball team. In 2016-17, he dished out 9.95 assists per set and also chipped in 1.50 digs and 0.48 blocks per set for the Lions, which boasted a 15-4 mark. The team’s season ended on March 4 in the Ontario University Athletics playoffs. Sorra is an 18-year-old prepster from Toronto, in his final season at St. Michael’s College School.

Get to know Mend and Sorra and see them in action below.