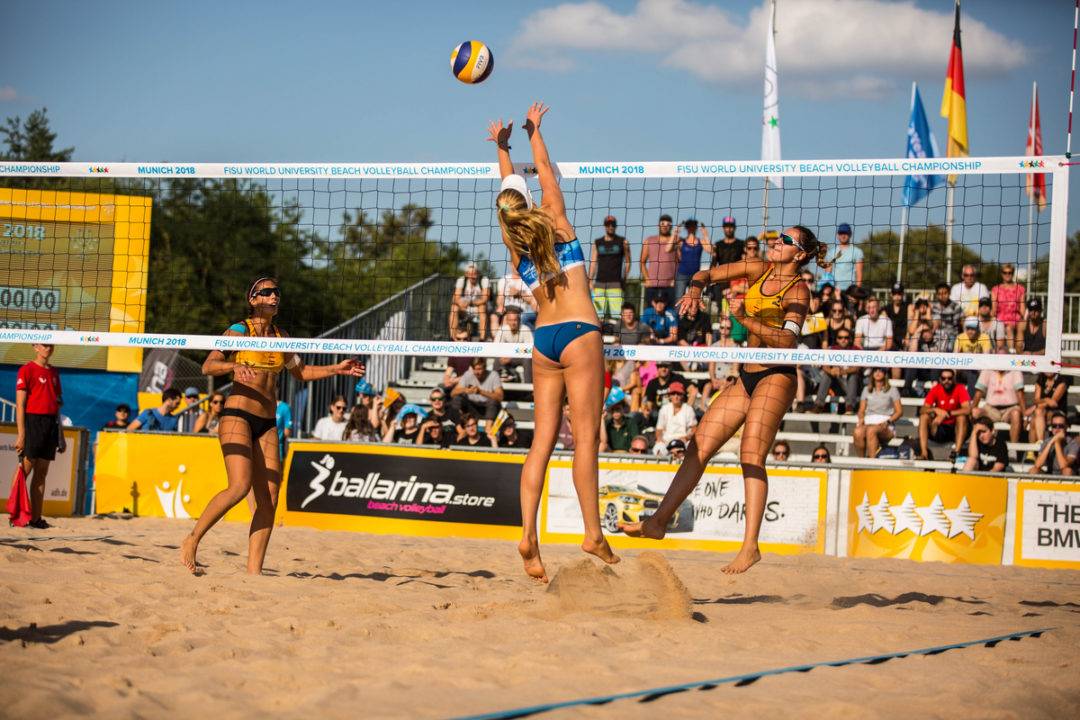 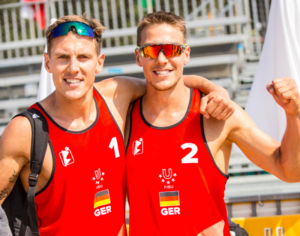 The McNamaras started the day with their third win of the year over LSU’s Claire Coppola/Kristen Nuss in Round 3 action.

The teams met twice during the collegiate beach season with the McNamaras taking both meetings 21-10, 21-17: May 5 at the NCAA Beach Championships and March 10 at the East vs. West tournament. On Thursday, Coppola/Nuss struck first, taking Set 1 21-17, but the McNamara twins rebounded to take the match 21-18, 15-13 in the lone tiebreak match of the round.

The Canadians earned their spot in the finals with a tiebreak win over Zoe Verge-Depre/Esmee Bobner of Switzerland, 26-28, 21-16, 15-8.

Americans Emily Sonny/Torrey Van Winden, who play collegiately at Cal Poly, also advanced to the semifinals, topping Katja Stam/Pleun Ympa of the Netherlands 21-17, 21-8. However, once there, the pair fell to Carro/Soria in straight sets (29-27, 21-13).

In the fifth through eighth place semifinals, Coppola/Nuss found their footing after a first set loss to Austria’s Nadine Strauss/Franziska Friedl, winning 14-21, 21-16, 15-9 to earn a spot in Friday’s fifth-place match.

The Americans will play Switzerland’s Fabienne Geiger/Anja Licka, who advanced after topping Stam/Ympa in tiebreak (12-21, 21-11, 15-11).

In other action in Munich, ninth through 32nd place finishes were decided.