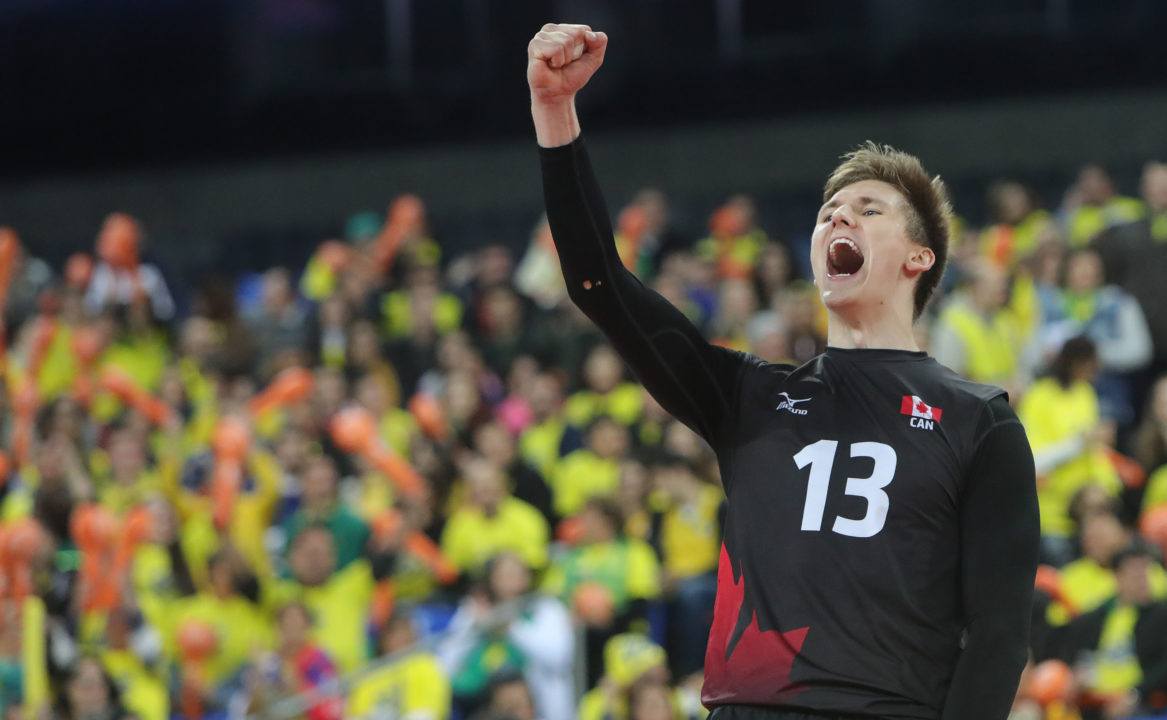 Italy’s Lube Civitanova has announced in its official website the signing of Canadian national teamer outside hitter Ryley Barnes, who is transferring out of Russia’s Ural Ufa. In Civitanova, Barnes will resume his partnership with coach Giampaolo Medei, having worked with him in the French Club Tours VB. The 6’6″ attacker is 24 years old and is a native of Edmonton, having played his college ball at the University of Alberta, where he won three national championships during his tenure with the team.

Here is how Barnes reacted to the transfer:

“I am very motivated and excited to be able to play with Cucine Lube Civitanova. For me it is a great opportunity to wear the shirt of a fantastic club, with great tradition and with extraordinary players. I can not wait to get back to work with coach Giampaolo Medei and to continue growing as an athlete. I also want to tell all my new fans that we’ll see each other soon!”

Barnes is currently included in the Canadian National Team’s NVL squad. As a member of the team, Barnes boasts a bronze medal won at the 2017 World League.