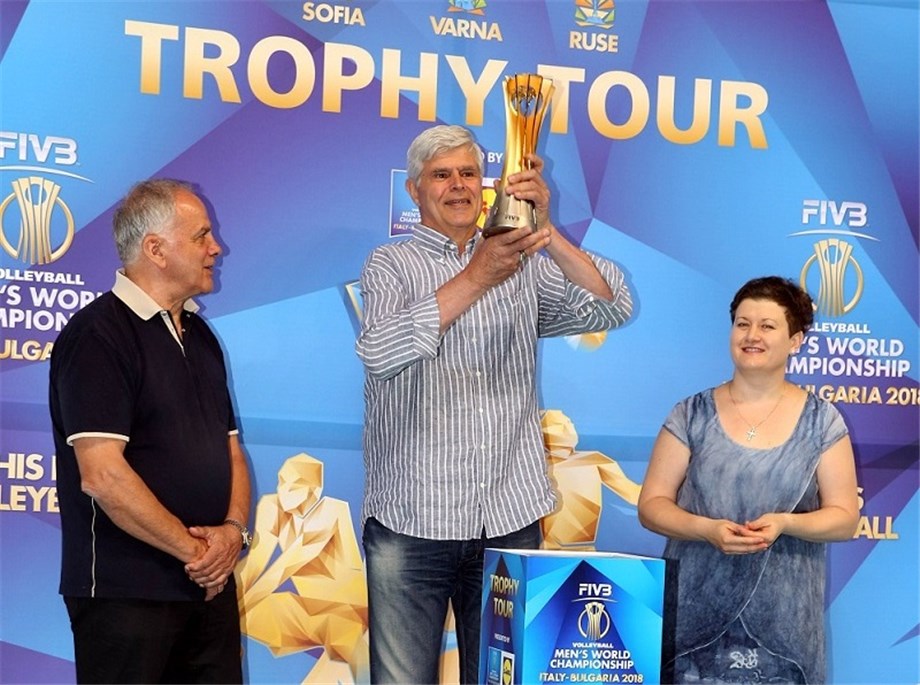 Forty-eight years ago, Dimitar Zlatanov was within two points of winning the World Championship title Current Photo via FIVB

Forty-eight years ago, Dimitar Zlatanov was within two points of winning the World Championship title. On October 2, 1970, at home, his so far unbeaten Bulgarian national team held a comfortable 13-5 lead at the tie-break against East Germany. With that kind of lead, the Bulgarians knew they already had one hand in the coveted trophy. In a dramatic turn of events, the East Germans went on an unheard of 10-0 run to win the match. Zlatonov, who was honored as the best spiker of the tournament, had to see the trophy be snatched away.

Now, Bulgaria’s best volleyball player of the 20th century, a Volleyball Hall of Fame inductee, got to relive some of the emotions of what is now considered one of the most glorious, yet most disappointing events in Bulgarian volleyball history as he was invited to to present the 2018 FIVB Volleyball Men’s World Championship trophy to the public in Sofia. Together with Italy, Bulgaria is co-hosting this year’s World Championship in September.

Here is how he reacted (Fivb.com):

“I am so glad that in my lifetime I will witness one more World Championship taking place in Bulgaria. It brings back the memories from 48 years ago, when we had a great tournament, but in the end we failed to win the world title. Moments like that, which we lived through on the court, leave a mark for the rest of your life. The opportunity to hold this trophy and present it to the sports community in Bulgaria was a very emotional and happy moment for me. I hope we will experience some great memorable moments as spectators at the World Championship and supporters of the Bulgarian national team. I wish the boys the best of luck in achieving more than our generation ever did!”

Ten years after the silver medal from the 1970 World Championship, Dimitar Zlatanov led the Balkan Lions to the other biggest achievement in the history of Bulgarian men’s volleyball, silver at the 1980 Olympic Games in Moscow.