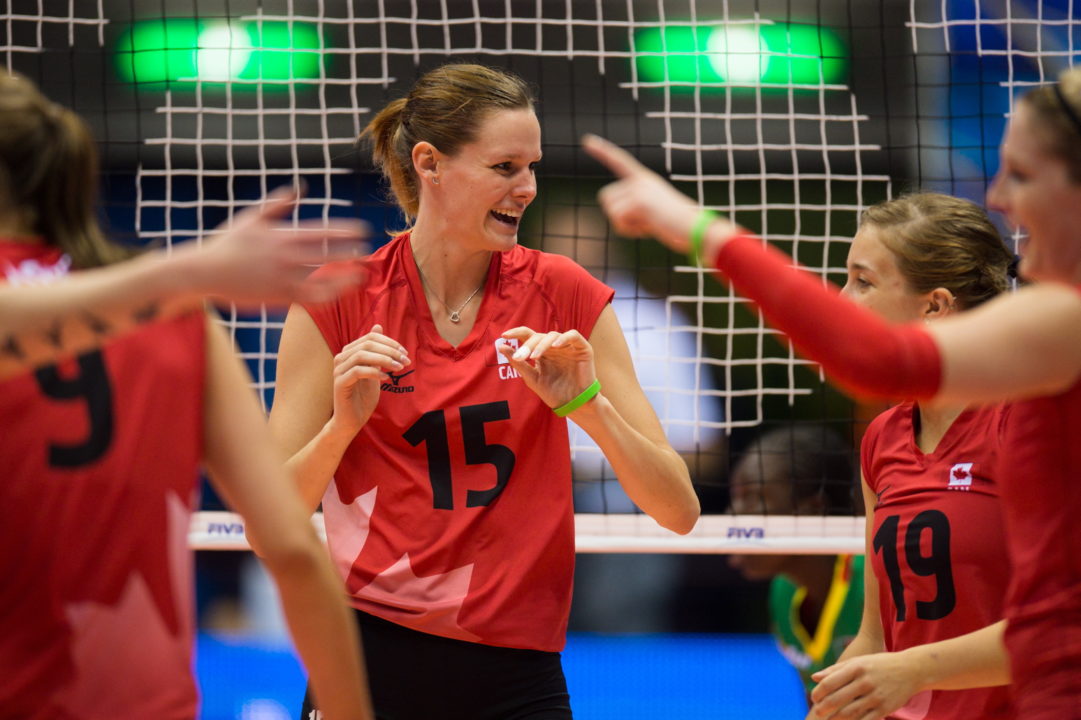 Sarah Pavan, the 8th-rated attacker in the Polish women's league last season, has announced her retirement from volleyball. Archive Photo via FIVB

28-year old Canadian opposite Rebecca Pavan has retired from professional volleyball, announcing that she will remain home in Canada this off-season and earn her certification from the University of Western Ontario to become a high school math and science teacher. She spent most of her career at middle blocker before switching to bring unique size to the opposite position over the last 2 years.

“For the first time in a decade I am heading to Canada with the intention of STAYING! The last 6 years of playing professionally have been unforgettable. I am thankful that I am able to retire by choice with my body feeling good. I am forever grateful for the opportunity I was given to pursue my sport after college. That being said, volleyball isn’t what has made my time in Europe special but all of the amazing people I have had the unbelievable pleasure to meet. These beautiful humans have enriched my life and forever left an impact on who I am. So it’s time for my next step as I recently got accepted to the University of Western Ontario to become a high school math and science teacher! Here I come Canada!”

Pavan has spent her entire professional career in Europe, beginning with VC Stuttgart in Germany, then moving on to Beziers Volley in France, and spending most of the last 3 seasons in Poland with MKS Dabrowa Gornicza from 2015-2016, Giacomini Budowlani Torun from 2016-2017, and with Krakow for the 2nd half of the 20172018 season. She scored 174 points last season in spite of a truncated 13-match, 48-set season, making her the 8th-best rated attacker in the league. In the playoff, she rose to 5th in the league’s attacker ratings, though that boost wasn’t enough to lift Krakow past Enea PTPS Pila for 6th-place in the leafue playoff.

Pavan waded into the waters of beach volleyball last year, where her older sister Sarah has become one of the world’s elite players. Playing with Caleigh Walker, Rebecca Pavan tied for 9th (last) place at the Long Beach Presidents Cup tournament in July.