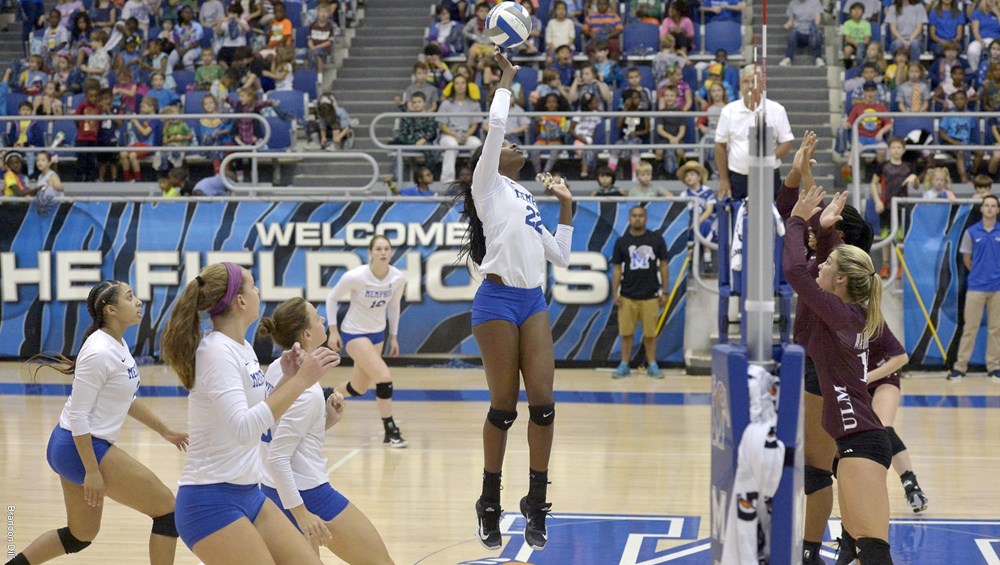 New Oklahoma women’s volleyball coach Lindsey Gray-Walton isn’t wasting any time bolstering the Sooners’ roster for 2018, as she’s added her third transfer in former Memphis middle blocker Brianna Kadiku. A 6’2″ junior-to-be in the fall of 2018, Kadiku will have two years left of play and is immediately eligible for the season ahead.

A native of Cedar Hill, Texas, Kadiku moves closer to her hometown after spending two seasons with Memphis. During her prep career she was all-district in both of her seasons of varsity play.

“Bri is a motivated and excitable athlete that has the ability to make momentum changing plays for her team – Sooner fans will enjoy having her in the Crimson & Cream come 2018,” Gray-Walton said in the team’s press release. “With two remaining seasons, Bri voiced her desire to compete at a higher level and has the opportunity to continue her development as a complete student-athlete here at OU while becoming a dominant force in the Big 12.”

Kadiku joins a pair of other transfer additions for Oklahoma in 2018 in setter Kyle McLaughlin and defensive specialist/libero Keyton Kinley. The Sooners are also welcoming three freshmen to the fold.

Oklahoma is coming off of a 7-22 season in which they went 4-12 in the Big 12 and finished tied with three teams for sixth in the conference. Their 2018 roster now features three returning middles plus additions to join Kadiku in the fall.