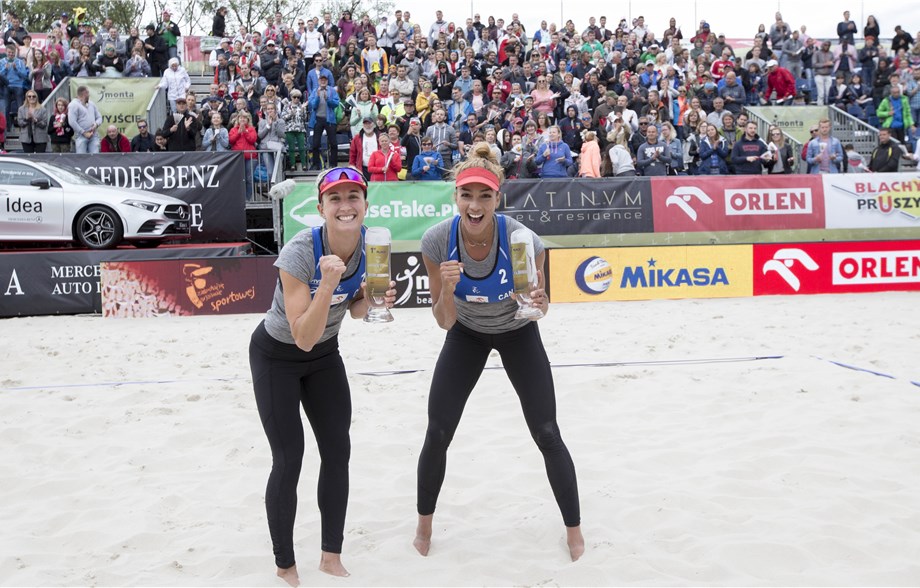 Canadians Heather Bansley and Brandie Wilkerson have climbed the FIVB World Tour podium over the last few weeks, culminating in the pair’s first ever gold at the Warsaw Four Star on Sunday.

The straight set victory over Germany’s Chantal Laboureur/Julia Sude Agawas a great birthday present for Wilkerson, who turned 26 on Sunday.

“It feels great! It’s so exciting! I am still processing,” Bansley said. “It was a battle. We expected a tough match. It went back and forth for a little while, but I am proud of the way we kept our heads down, we kept pushing, working hard and fighting all the way to the end.”

On the men’s side, homestanding Piotr Kantor/Bartosz Losiak of Poland, the tournament’s top seed was true to form, bringing home the gold, rallying past third seeded Brazilians Vitor Felipe/Evandro Oliveira in tiebreak.

The victory gave the Poles their first FIVB gold medal since winning the Rio de Janeiro Grand Slam in March 2016. The silver was the first for the newly reunited Brazilians.

“It feels amazing. This is the second gold in our career. We’ve been waiting for it for two years. I hope the next one will be sooner than that,” Losiak said. “I also want to say ‘thank you’ to the Polish fans. See you next year in Warsaw.”

After winning the opening set in extra points on a Felipe block at 29-27, Felipe admitted touching the ball on a block attempt at 5-5, despite the referee ruling otherwise. The point went to the Polish team, which carried on from there to the gold medal. 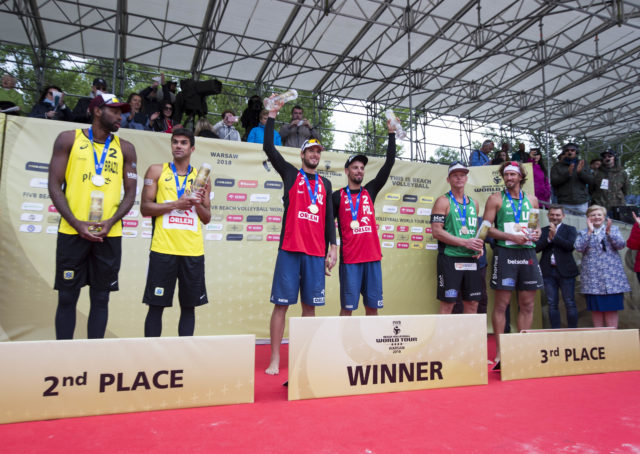 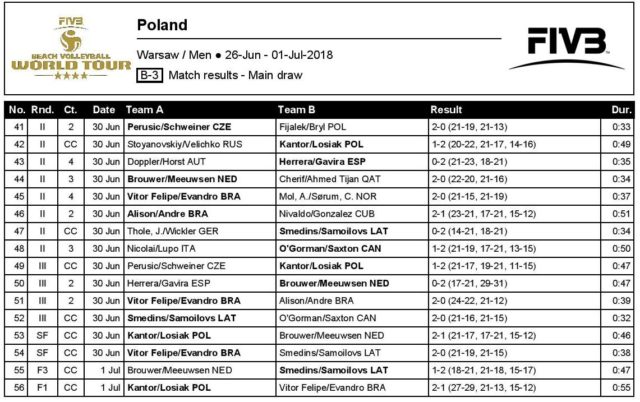 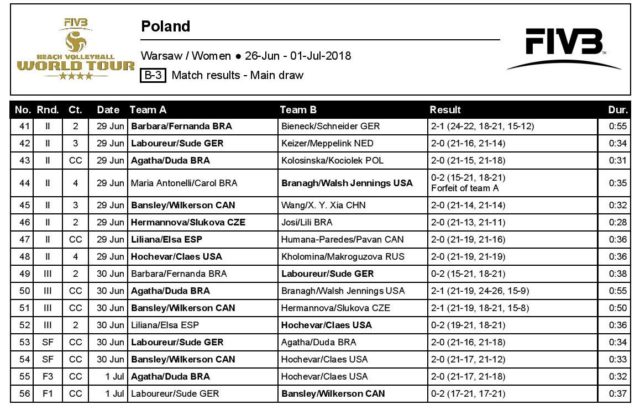