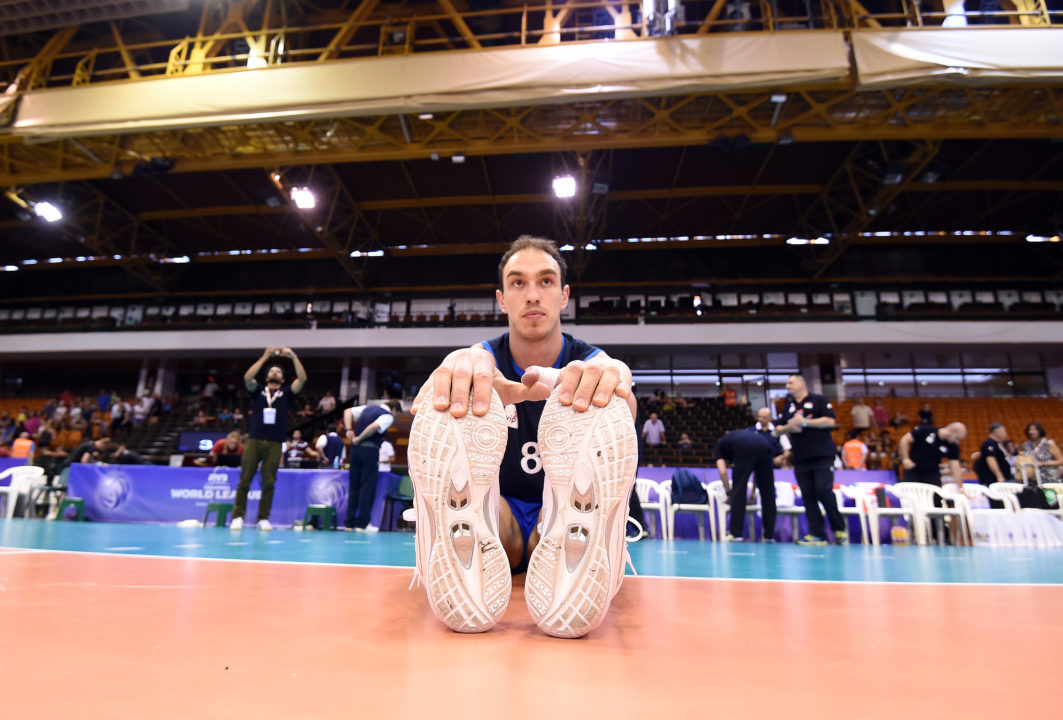 2016 FIVB World League MVP Marko Ivovic (above) and Serbia were swept the last time they faced each Brazil and France, but will have health on their sides in the Final 6. Archive Photo via FIVB

Serbia, the champions of the 2016 FIVB World League and 11th-ranked team in the world, have announced their roster for the Final 6 of the 2018 FIVB Nations League tournament that begins on Wednesday in Lillie, France. Included on the roster are 12 out of the 14 players who have scored a point for Serbia in this year’s World League – with the exceptions being Dusan Petkovic, who scored 19 points in the tournament, and Stevan Simic, who scored just 4.

This will be Serbia’s big wildcard in the Final 6: the fact that they are healthy, where almost every other opponent they’ll face has battled various injuries to star and superstar players.

The team has lots of offensive and defensive weapons, including Marko Pordrascanin and Srecko Lisinac in the middle, and Aleksander Atanasijevic and Marko Ivovic at the opposite and hitter positions, respectively.

The team became fuller this summer when libero Nikola Rosic returned to the squad after sitting out last year’s World League.

The Serbians will be very much the underdog in Pool A, playing against the hosts France and the defending Olympic champions Brazil. They were thrashed in three-set sweeps against both Brazil and France: their pool play opponents in the Final 6. While the Serbian team was effectively full for the loss to Brazil in week 1, in their later loss to France, the team was using a lineup that saw only parcial participation from Atanasijevic and Podrascanin.