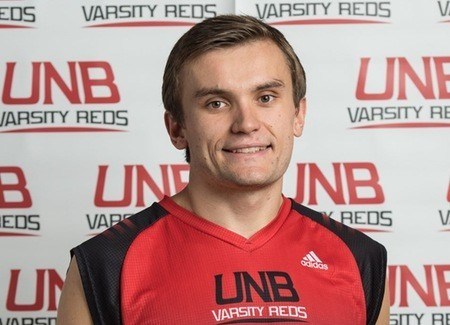 After five successful seasons in Canada, Norwegian opposite Eivind Andersen is heading to the Bundesliga. Archive Photo via Courtesy vreds.ca

With the addition of high-scoring Norwegian opposite Eivind Andersen, Chemie Volley Mitteldeutschland hopes to continue its winning ways after finishing atop Bundesliga B North last season.

Andersen, who played most recently in Canada for University of New Brunswick, had 26 kills in the 2017 Atlantic University Sport (AUS) championship match last March. He led the league in kills per set, placed 2nd in digs per set and was named league MVP. During his five seasons in New Brunswick, he was a three-time AUS all-star and won AUS rookie of the year honors in 2013. He also captained the UNB side for the past two seasons.

Mitteldeutschland is one of 13 teams competing in the northern division of Bundesliga B. The Pirates open their 2017-2018 schedule on September 17 when they take on Bocholt.