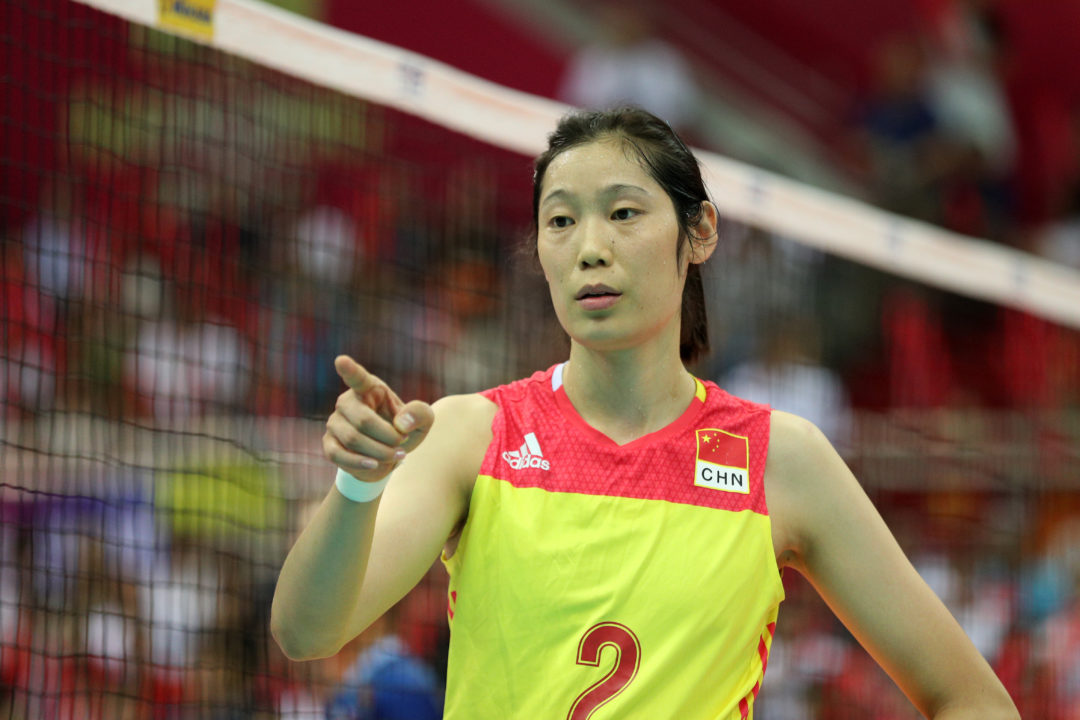 China came through at the 2017 FIVB World Grand Champions Cup with a 5-0 weekend to take their second title at the event. Current Photo via FIVB

China came through at the 2017 FIVB World Grand Champions Cup with a 5-0 weekend to take their second title at the event. Leading the way for the Chinese was the 2016 Rio Olympic MVP Zhu Ting, who put down 100 points on 88 kills, seven blocks and five aces. A strong attacking efficiency from China helped to guide them to the 5-0 weekend as Ting posted a 55.35% hitting efficiency while Chunlei Zeng and Changning Zhang posted 44.21% and 43.33% hitting efficiencies, respectively.

Tandara Caixeta led the forge for Brazil to their second place finish at the tournament, not able to hold up to their 2013 championship. Caixeta posted 97 points on 77 kills, 11 blocks and nine aces – just shy of Ting’s output of 100.

Despite high scoring output from Russia’s Nataliya Goncharova and Tatiana Kosheleva, they were only able to post two wins at the competition for a fourth-place finish over Japan.