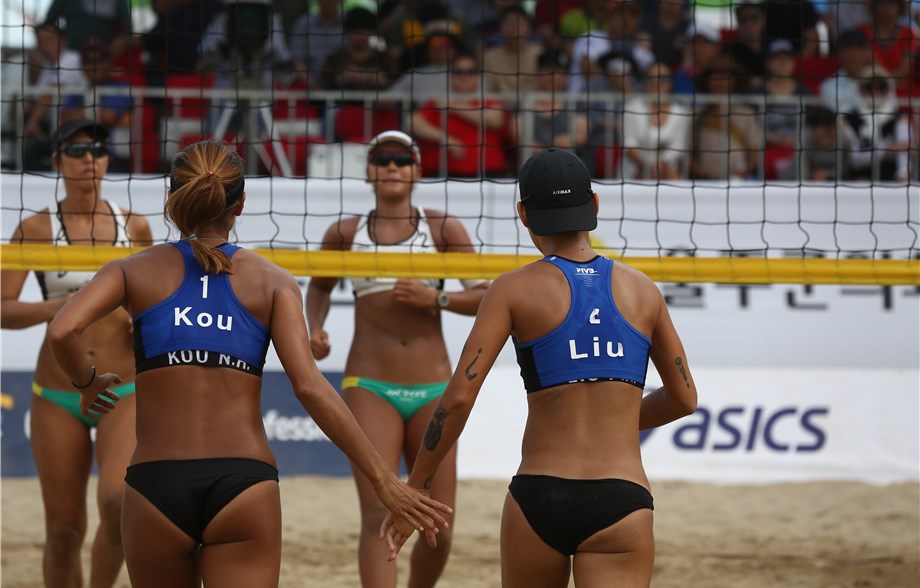 The podium race came down to three Japanese pairs and top seeded Nai-Han Kou/Pi Hsin Liu of Chinese Taipei at the Ulsan One Star. Once there, the tops seeds defied the odds, bringing home the crown with a straight set win.  Current Photo via FIVB

While the eyes of the world were on the European Beach Volleyball Championships and the Haiyang Three Star, 16 women’s teams gathered for the Ulsan Jihna Open.

In the end, the podium race came down to three Japanese pairs and top seeded Nai-Han Kou/Pi Hsin Liu of Chinese Taipei advancing to the semifinals. Once there, the tops seeds defied the odds, bringing home the crown.

Kou/Liu won five straight-set matches en route to the title, including a 21-15, 21-19 win over No. 10 seed Shinako Tanaka/Sakurako Fujii over Japan in the semifinals and the 21-12, 21-19 win over No. 2 Yukako Suzuki/Kaho Sakaguchi in the championship.

After the first knockout round and quarterfinals, three of those four teams were still standing. The lone exception was the Thai team, which fell to Tanaka/Fujii of Japan in the quarters.

Tanaka/Fujii had to pick up two wins on Saturday to make the final four, first topping Hong Kong’s Yuen Mei/Tin Lai 21-16, 21-14 in the first knockout round.

Suzuki/Sakaguchi were the lone team to go the distance in the quarterfinals, rallying past Julia Wouter/Pleun Ypma of the Netherlands 19-21, 21-19, 15-9. 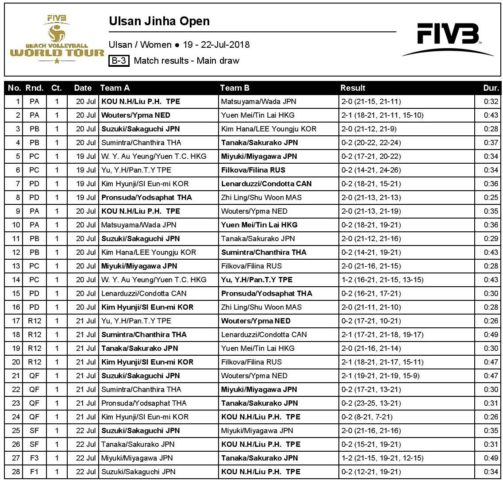