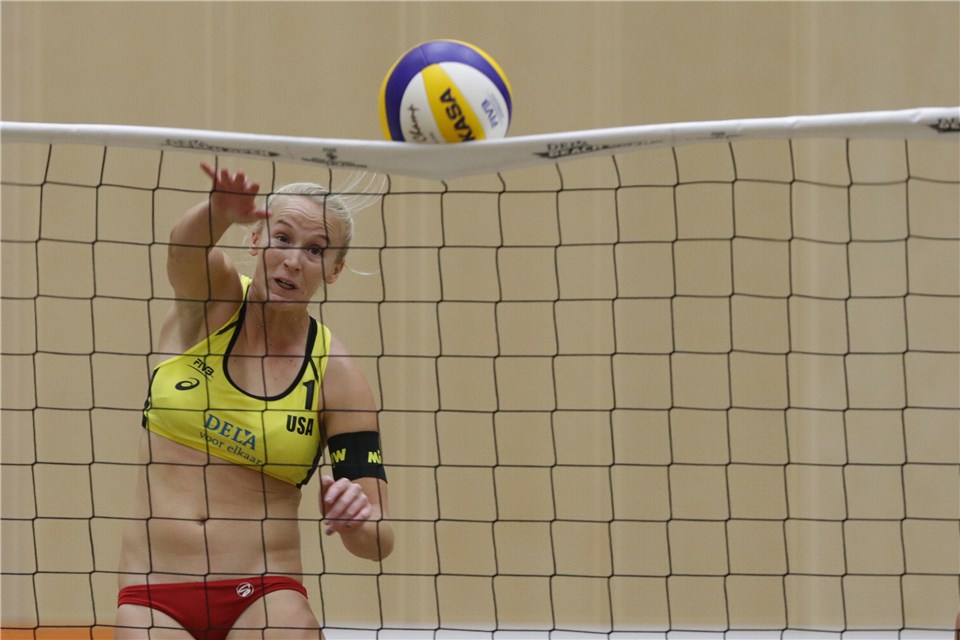 In the first elimination round of the DELA Beach Open, teams were unwilling to relent in short fashion as four of the seven matches went to tiebreakers.  Current Photo via FIVB

THE HAGUE, Netherlands – In the first elimination round of the DELA Beach Open, teams were unwilling to relent in short fashion as four of the seven matches went to tiebreakers.

Claes and Hughes were the lone pair of the group that bounced back after dropping the opening set, falling 21-15, but rebounding with 21-17 and 15-11 victories to claim their spot in the second knockout round.

Russia’s Nadezda Makroguzova and Svetlana Kholomina received a gift with a free pass into the next round as their Brazilian foes were forced to withdraw after Elize Maia suffered a knee injury in Friday morning’s pool play round.

Knocked out of contention was top American duo Brooke Sweat and Summer Ross, who fell to Riikka Lehtonen/Niina Ahtianinen in straight sets.