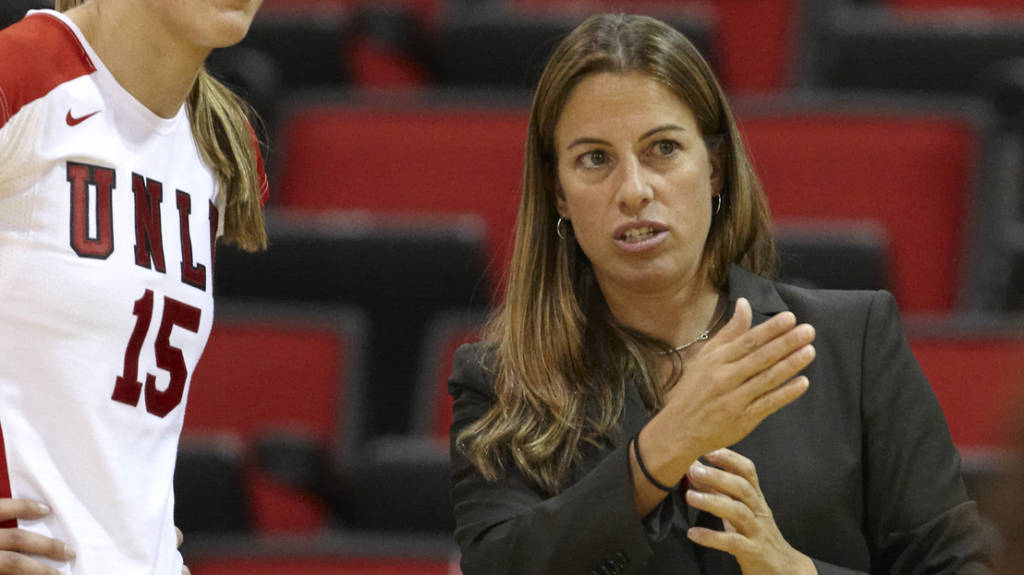 Columbia has hired Allison Keeley as its new head women's volleyball coach. She has spent 11 years as a head coach at the Division I level.  Current Photo via Columbia Athletics

Columbia University has hired Allison Keeley as its new head volleyball coach. Keeley has more than 20 years of collegiate coaching experience, including 11 as a head coach at the Division I level at Villanova (2001-2003) and UNLV (2004-2010).

Keeley most recently was at Boston College, where she spent most of the season as an assistant and served as interim head coach after Chris Campbell resigned in late November. Boston College finished last season 7-23.

In between her Division I jobs, she spent 5 seasons as the head coach at Division II East Stroudsburg University in Pennsylvania.

In total as an NCAA head coach, she compiled a 188-258 overall record, for a .422 career winning percentage.

She was named the Mountain West Conference and AVCA West Region Coach of the Year in 2007, when the Rebels finished 24-6, winning the conference and advancing to the NCAA tournament. They lost 3-2 to Long Beach State in the opening round.

After that run, Keeley would only produce 1 winning season in her last 3 at UNLV.

“We are excited to welcome Allison Keeley as our new volleyball coach at Columbia,” athletics director Peter Pilling said. “With over 20 years of experience at the collegiate level, Allison brings a high level of head-coaching experience at a variety of institutions. She is a proven leader with unparalleled character, passion and work ethic. Everywhere that she has been, Allison has been committed to achieving success and building a positive team culture. At Columbia, we aim to compete for championships and provide an outstanding student-athlete experience. Allison fits into that vision.”

“I am proud and excited to join the Columbia athletics department as its next head volleyball coach,” Keeley stated. “Columbia has such a rich tradition of academic and athletic excellence. The volleyball program has made some great strides recently, and I look forward to taking the program to the next level and competing for Ivy League championships. I am very grateful for this opportunity and want to thank Peter Pilling and Jacqueline Blackett for the confidence they have in me to lead this program to new heights.”

Brie Katz resigned from Columbia in January to pursue other opportunities. They finished with a 10-13 record, including 5-9 in the Ivy League, last season. That placed them 7 out of 8 teams.

This leaves 4 openings in NCAA Division I volleyball.