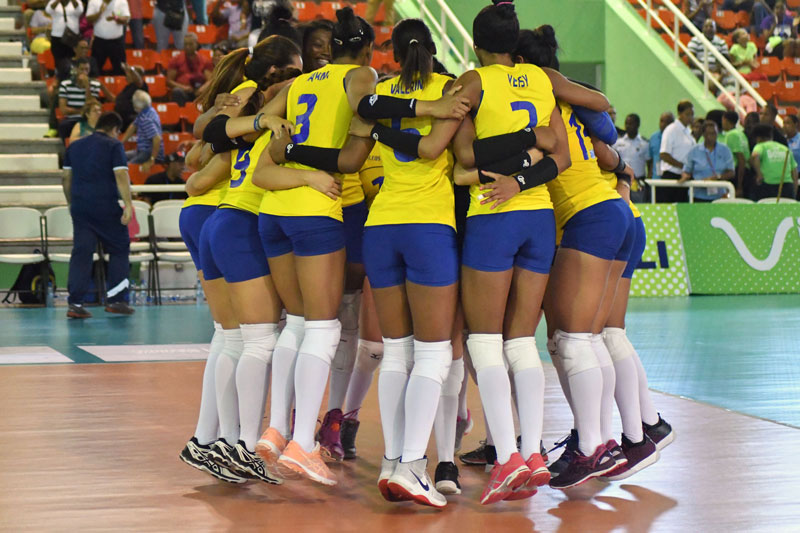 Brazil outdid Mexico in every way in a sweep to open Pool C, while Columbia outlasted Argentina in the lone five-set match of Day 1 at the Pan American Cup.  Current Photo via NORCECA

Brazil outdid Mexico in every way in a sweep to open Pool C, while Columbia outlasted Argentina in the lone five-set match of Day 1 at the Pan American Cup.

“It was a battle point by point,” Brazilian coach Wagner Fernandez said. “We did not have many information about their team only about some individual players like Samantha (Bricio). Our team has been together for 3 and a half weeks and this was our first match. It was a good testing for our team.”

Andrea Rangel led the way for Mexico with 13 points on 12 kills and an ace. Samantha Bricio also scored in double digits adding 10 points on eight kills and a team-high two aces.

“It was a close match up for most of the sets but we were not able to close them,” Rangel said. “Our setter made some mistakes and we also lost the focus.”

Argentina rallied from two sets down but ran out of gas in the tiebreak, falling in five sets to Columbia.

“We were caught off guard in the first two sets,” Argentinian coach Guillermo Orduna said. “Then we recovered and adjusted but in the tie-breaker we made more mistakes.”

“We played very well for the first two sets but then lost the concentration,” Columbian captain Maria Marin said. “In the fifth set we tried to reduce the mistakes and improved our blocking.”